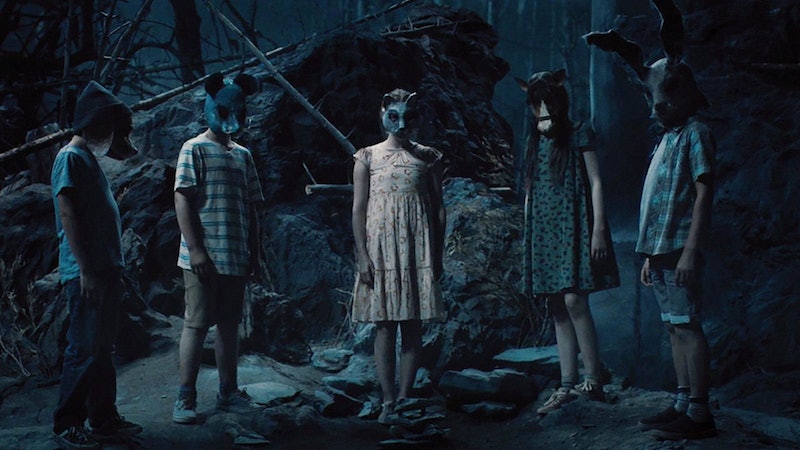 It 2 and the second season of Castle Rock are on the way, but Pet Sematary is the latest Stephen King's masterpiece to come back and haunt us. The April 5 release isn't the first movie based on King's novel of the same name; the 1989 cult classic even led to a 1992 sequel. The 2019 rendition of the horror tale definitely deviates quite a bit from its Mary Lambert-directed predecessor. But how close is the new Pet Sematary to the original book?

Like both the '80s screenplay (adapted by King himself) as well as the 1983 novel, the story in the 2019 version follows the Creed family as they discover a mysterious burial ground in the woods by their new home in rural Maine called the "Pet Sematary." They soon learn about the soil's ability to bring the dead back to life. But, as the 2019 movie tagline says, it turns out that "Sometimes dead is better." The new movie, also like the book, focuses on the psychological torment caused by the loss of a child. But this is where a major fundamental plot detail has been changed.

In the book, the Creeds discover the true terrors of the Pet Sematary when three-year-old Gage dies and comes back to life after his father Louis buried him in the lot. Gage comes back, but as a possessed cannibalistic version of himself, wreaking havoc within the family home and on the town. However, Pet Sematary (2019) has the mystical resurrection happen Gage's eight-year-old sister Ellie (Jeté Laurence) instead. to directors Kevin Kölsch and , as well as , decided to have the mystical resurrection happens to

"Gage is so young, you can’t really do that much with him,” producer Lorenzo di Bonaventura told Entertainment Weekly. "This way, we’re able to really get underneath our affected child. We’re able to get into the psychological horror of a child [coming back] because of her age."

Jason Clarke, who plays Louis Creed, shared the same sentiments and told SYFY Wire, "You can’t play that movie with a three-year-old boy. You end up with a doll or some animated thing. So you’re going to get a much deeper, richer story by swapping for a seven-year-old or nine-year-old girl."

While using a doll is well and good if it can actually yield some effective scares, the movie's co-directors didn't want to tread familiar genre ground. “It’s creepy and it’s effective. But we’ve now seen Child’s Play and we’ve seen the little kid trying to kill," Dennis Widmyer told EW.

So, while this script deviates from the 1989 movie, the huge difference might be what will make the film feel the same as reading the book. Screenwriter Jeff Buehler told horror blog Dread Central, “Our desire was to tell a really grounded, character-driven and psychologically horrific version of Pet Sematary, which, in my belief, is the scariest book that King ever wrote.”

Buehler continued, "As a father of a five-year-old and a nine-year-old, I really connected to this story of grief and loss and what it could do to a family in a different way, in that, how far would a parent go to return to their life prior to a tragic event?"

"It’s our desire to really reconnect to those elements of the story and bring them into a world that speaks to the modern horror audience," he said. "If you love the book, you’ll love this movie."

More like this
The Biggest Differences Between 'Bullet Train' & The Book It’s Based On
By Arya Roshanian
Let’s Talk About Dakota Johnson’s Hair In 'Persuasion'
By Morgan Leigh Davies
This Creepy TikTok Trend Encourages Out-Of-Body Experiences
By Kaitlyn Wylde
What’s New On Netflix: 'Never Have I Ever' & 'Indian Matchmaking' Return
By Arya Roshanian
Get Even More From Bustle — Sign Up For The Newsletter