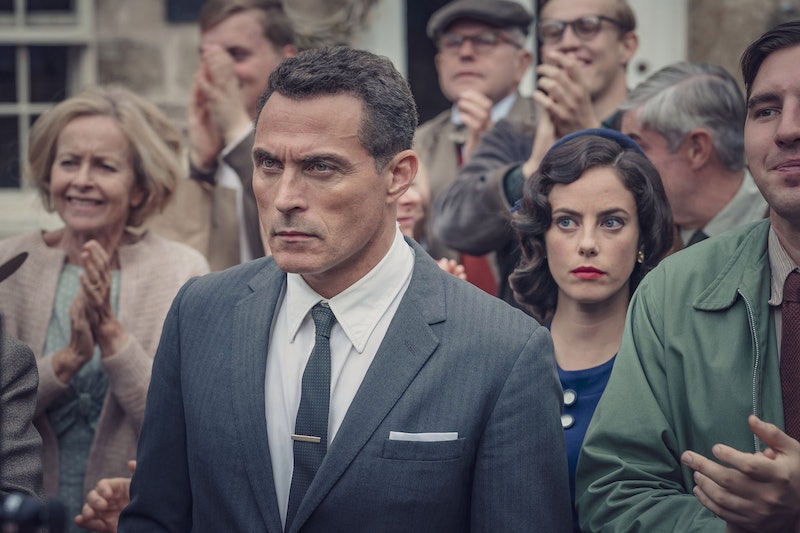 The Pale Horse was first released in the UK in 1961 and, while it doesn’t feature Poirot or Mrs Marple, it’s one of Agatha Christie’s classics. The BBC have teamed up with Mammoth Screen to adapt her work but die-hard Christie fans will be itching to know: how close is The Pale Horse to Agatha Christie’s original book? If you know this tale of curses, witches, and mysterious deaths, get ready for to see something totally new but equally thrilling.

While adaptations, by nature, usually follow a well-known storyline, there's always room for directors and writers to take liberties. It's Sarah Phelps who adapted The Pale Horse for BBC One and, while her take isn’t aligned exactly with Christie's story, the BAFTA-nominated writer says she always tries to get to the core of what Christie was saying. "You’ve got to go for the beating heart of what she’s getting at," Phelps explained at a screening of The Pale Horse's first episode back in January. "She always throws you little clues, little quantum details, and that’s what I latch onto."

The Pale Horse opens when a list is found in the shoes of someone who has died, both in the novel and on screen. However, in Christie's version, the shoes belong to a murdered priest named "Father Gorman" while, in the series Jessie Davis.

The BBC One adaptation of The Pale Horse sees main character Mark Easterbrook (played by Rufus Sewell) married to his second wife Hermia (played by Kaya Scodelario). While their relationship in Christie’s book is dramatic and dysfunctional (to say the least), Mark and Hermia are only dating. The adaptation portrays Easterbrook having an affair with glamorous hostess Thomasina Tuckerton who soon meets her untimely demise — but that didn’t happen in the book.

Preparing for his leading part, Sewell looked to Christie’s story for inspiration. Speaking at a screening January, he explained how the original novel and script differed. “There’s a different world in which the original novel unchanged would have appealed to me but it wasn’t as exciting as the combination [of Christie's and Phelps' writing].” He continued: “There’s something really poisonous about this [adaptation], which I loved.”

In the BBC series, Sewells’ character is as hellbent on a rational explanation for the deaths and the list as he is Christie’s book. His investigation leads him to the peculiar village of Much Deeping and to The Pale Horse, the rumoured home of a trio of witches. Word has it that the witches can, upon request, curse a relative, friend, or acquaintance by means of the dark arts — and the bodies are mounting up.

With witches and the supernatural being key parts of The Pale Horse, it stands apart from many of Christie’s other stories, and the BBC adaptation takes things a step further, guaranteed to send shivers down your spine. However, despite receiving praise from critics for her take on the story, Phelps revealed at the screening that some hardcore Christie fans aren’t totally sold on the changes. But, she explained, “you’ve got to think about what’s relevant to a modern audience and it’s about lies and paranoia, conspiracy, and no matter how rational and tough you think your resilience is to whispers and sharp fingernails scratching the back of your neck you fall prey to it.”

The Pale Horse is currently available on BBC iPlayer.

More like this
Your Guide To Watching 'Everything Everywhere All At Once' In The UK
By El Hunt and Sophie McEvoy
Olivia Colman Stars In First-Look Trailer For BBC's 'Great Expectations'
By Sabah Hussain and Sam Ramsden
10 Equally Romantic & Heartbreaking Books From British & Irish Authors
By Shahed Ezaydi
Everything To Know About The 'Daisy Jones & The Six' TV Series
By Maxine Harrison and Brad Witter
Get The Very Best Of Bustle/UK
Sign up for Bustle UK's twice-weekly newsletter, featuring the latest must-watch TV, moving personal stories, and expert advice on the hottest viral buys.