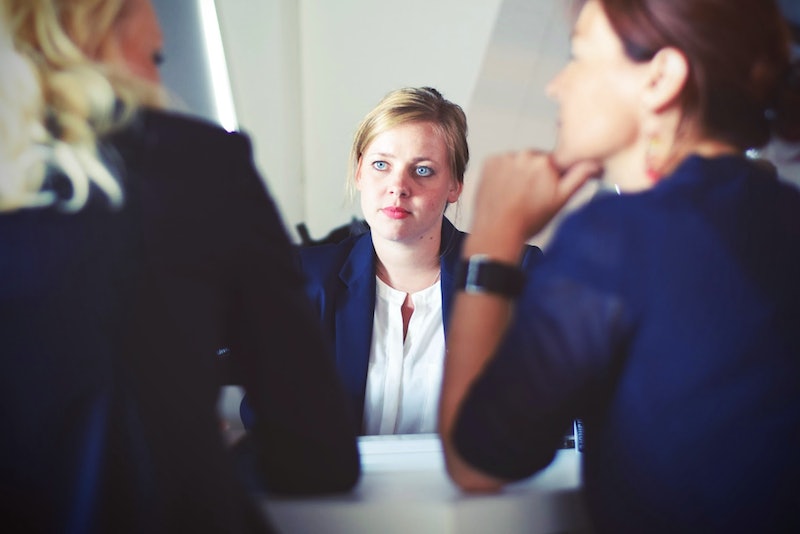 And today in things that are distressingly unsurprising, the statistics on sexual harassment at work show that it's far from an anomaly. A new poll on sexual harassment at work gives us an even clearer picture on its current reality, and it's not pretty. The recent poll, which comes from YouGov, surveyed over 4,900 people about sexual harassment at work. The poll breaks down responses by various demographics including age, gender, political party affiliation, and income bracket. The results reveal an all too common reality among many working adults, regardless of things like where they work and how much they make.

Of those polled, one in four people have witnessed a coworker being sexually harassed. This is unfortunately unsurprising, given the 23 percent of respondents that say they have been the victims of sexual harassment at work. In other words, nearly one in four people polled experienced “unwelcome sexual advances, requests for sexual favors, or other verbal or physical conduct of a sexual nature,” which are what Title VII of the Civil Rights Act of 1964 categorizes as workplace sexual harassment.

Though prohibited through laws like the one mentioned above, sexual harassment is far from eradicated in the workplace. In addition to it being widely underreported, there is often little or no consequence for those who commit sexual harassment at work. Polls like this recent one from YouGov are helping us face facts about workplace sexual harassment and working to further destigmatize conversation about sexual violence as a whole.

30 percent of women say they have experienced sexually harassment at work. Other studies have found women to be significantly more likely to experience workplace sexual harassment, with women being the victims in 80 percent of reported incidents.

While less common statistically and despite societal ideas of sexual assault, men can and do experience sexual harassment. 15 percent of men polled say they have been sexually harassed at work.

Perceptions About Sexual Harassment Victims Vary Based On Gender

25 percent of women polled say they thought male victims of workplace sexual harassment were taken more seriously. (21 percent of women say that women receive more support; 40 percent say they are unsure if victims got equal support regardless of gender.) 37 percent of men polled say victims of sexual harassment receive more respect and support when they are female. This is how most men responded to that question, with the next highest response being “not sure” at 30 percent.

While this poll did not address this particular issue, other reports show that trans people are more likely to experience sexual violence than the overall population. Specifically, trans women of color are one of the most targeted groups when it comes to sexual violence.

This Is Part of A Bigger Problem

The results of this new poll are less surprising and, sadly, to be expected in the context of overall statistics on sexual assault. Sexual violence is a problem in the United States, one that exists more commonly than not in familiar settings like at work or in the home. It disproportionately affects women, people of color, and LGBTQ+ people. However, there are victims of sexual assault of every gender, race, and sexual orientation.