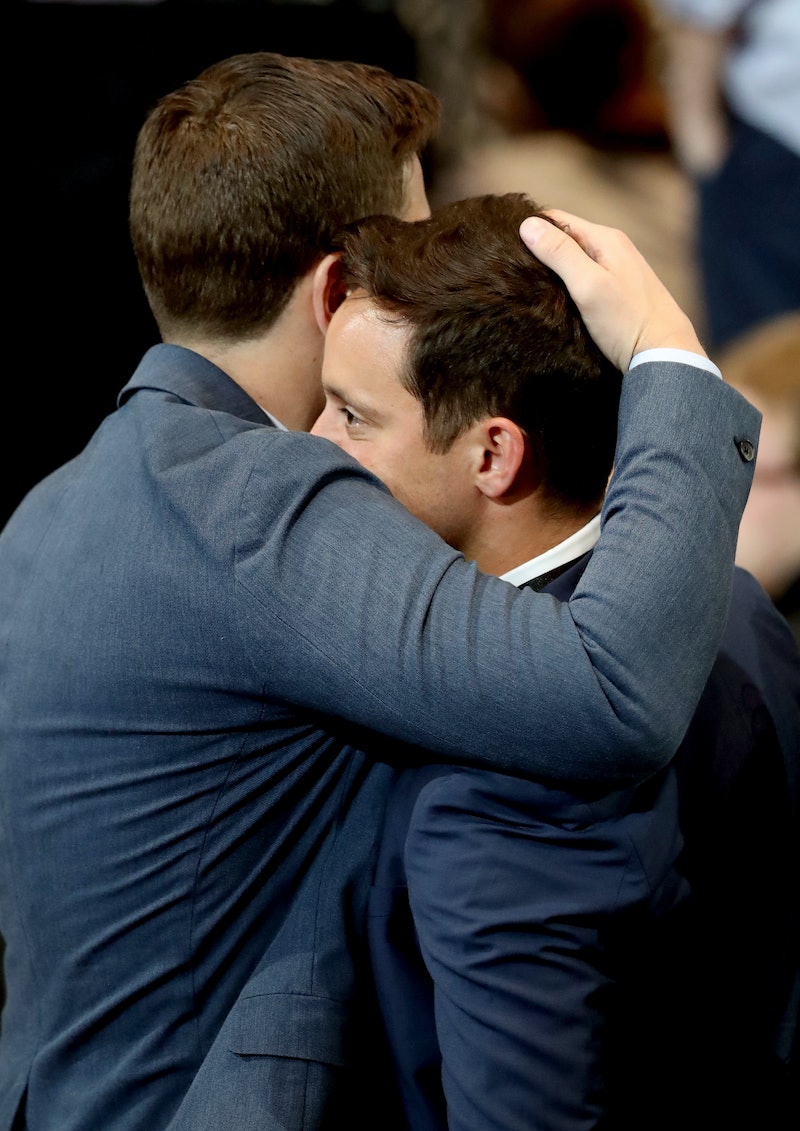 Due to the widespread societal myth that men cannot be sexually assaulted, there are many things people say to male sexual assault survivors that do more harm than good. To raise awareness of sexual assault committed toward men and the stigma they face as a result, The Joyful Heart Foundation, Viacom, and 1in6 created the video "NO MORE Excuses: The Male Survivors PSA." In it, celebrities including Mary J. Blige, Courtney Cox, and Tim Gunn recite statements that male survivors hear all too often.

The tendency to blame and doubt sexual assault victims is not gender-specific, but due to the belief that women are the more vulnerable gender, people especially tend to distrust men who say they've been sexually assaulted. This can create even more self-blame and shame for men who have been assaulted than there is for women, and it can make men even less likely to be believed if they do come forward and speak about the crime committed against them.

Of course, sexual assault is never the victim's fault, and every victim deserves to be believed, regardless of their gender. Here are some of the most damaging things people say to men who have survived sexual assault — and why it's so important not to say them.

The reality is, it does. According to the Rape, Abuse, and Incest National Network, one in 33 American men is the victim of attempted or completed rape in his lifetime. In addition, one in six men have been the victims of childhood sexual abuse, according to 1in6. And according to the Association of American Universities' Campus Climate Survey, 8.6 percent of American men are the victims of sexual misconduct during college. So, yes, it absolutely does happen to guys.

It's common for people to ask survivors why they didn't just fight back, and this is especially true for men, who are supposed to be strong enough to resist assault successfully. In reality, there are a slew of reasons why survivors of all genders might not fight back: It may exacerbate the assault, they may freeze up, and they may know it will make no difference. That doesn't make them even partially to blame for the incident.

For a number of reasons, sexual assault victims may act like nothing's wrong afterward. They may even convince themselves out of wishful thinking that the encounter was consensual. This may be especially true for men, who are taught that they always consent to sex. Men may also be more likely to keep an assault a secret because they know they will not be believed. This does not mean somebody wasn't emotionally impacted by an assault.

4. "It's Just A Misunderstanding."

If somebody has not said "yes" to a sexual encounter, they haven't consented. If somebody interprets anything less than a clear, verbal agreement as consent, that's not a "misunderstanding" — it's sexual assault, no matter the gender of the victim.

More like this
20 Things You Should Never Tolerate In A Relationship
By Rachel Sanoff and Kathleen Ferraro
25 Things I've Reduced My Life To, In Addition To WFH In My PJs
By Ginny Hogan
Your Daily Horoscope For August 15, 2022
By Mecca Woods
Dunkin’s Pumpkin Spice Latte Is Officially Back This Week
By Mia Mercado
Get Even More From Bustle — Sign Up For The Newsletter