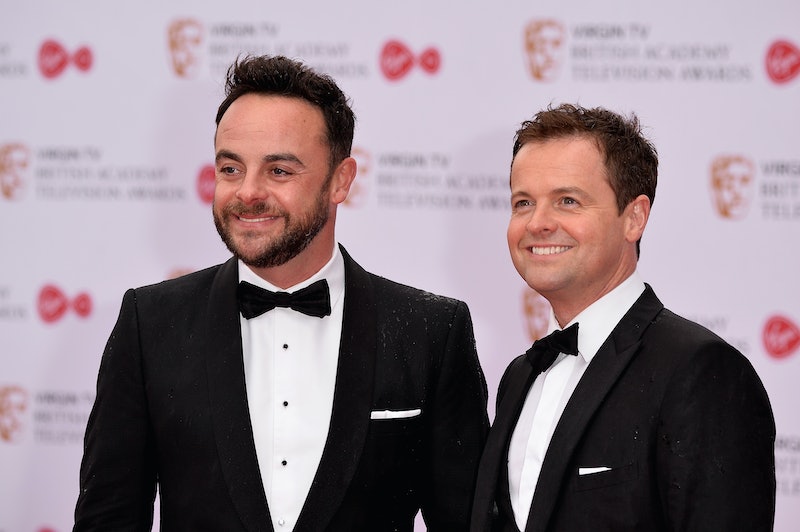 TV presenting royalty Ant McPartlin and Declan Donnelly have been at the helm of some of the nation's favourite television shows for the past couple of decades, and the pair have gone on to become probably the best-loved double act in the country. But how did Ant and Dec meet?

According to the Daily Star, the dynamic duo originally met in Newcastle back in 1990, on the set of the hit children's TV show, Biker Grove. As well as appearing in the show together, Ant and Dec also shared a love of local football team Newcastle United, as well as films, which is reportedly what brought the two together as friends. However, initial impressions of one another weren't exactly the best, and when speaking about his first interaction with McPartlin, Donnelly said: "I remember seeing Ant in the corner and thinking he’s got a bit of a miserable face."

The Geordie presenters played the characters PJ and Duncan in the hit '90s series, and one storyline saw them form a band known as Grove Matrix. The fictional band when onto record a single, and life eventually began to imitate art, when shortly after the young actors released some real music of their own. The Saturday Night Takeaway presenters were approached by Telstar Records, and went on to release the hit song "Let’s Get Ready to Rhumble" in 1994, which peaked at nine on the UK Singles Chart. Nearly 20 years later in 2013, the song re-peaked in the charts, and managed to reach the all important number one spot.

After leaving behind their pop career and Biker Grove days, the best friends entered the world of television presenting, and after proving to be a huge success with viewers they went on to become two of the most popular TV personalities in the UK. In 2016, they were both awarded an OBE for recognition of their services to broadcasting and entertainment, reports The Sun. Since their debut, Ant & Dec have gone on to host hit shows including SMTV Live, Pop Idol, Britain's Got Talent, Ant & Dec's Saturday Night Takeaway and I'm A Celebrity Get Me Out Of Here — which is currently enjoying it's 18th series, albeit without McPartlin presenting.

In their early presenting days, the pair set some professional ground rules and decided to always stand in the same order whilst appearing on screen. It is referred to as the 180-degree rule, and makes sure that Ant is always on the left, while Dec stands on the right. The rule was formed to make sure the onlooking public could always work out who was who, according to The Sun. And as well as sharing an incredibly successful career, and even the same Twitter account, the TV hosts also live on the same street in Chiswick, West London.

For the first time in their history, Dec has taken the reigns of hit shows including Britain's Got Talent and I'm A Celebrity Get Me Out Of Here, which he currently presents alongside Holly Willoughby, to allow McPartlin to recover from addiction issues. Although they are clearly going through a difficult time, this iconic double act have enjoyed one of the most celebrated television careers in history, and I'm sure they will be back stronger than ever before.