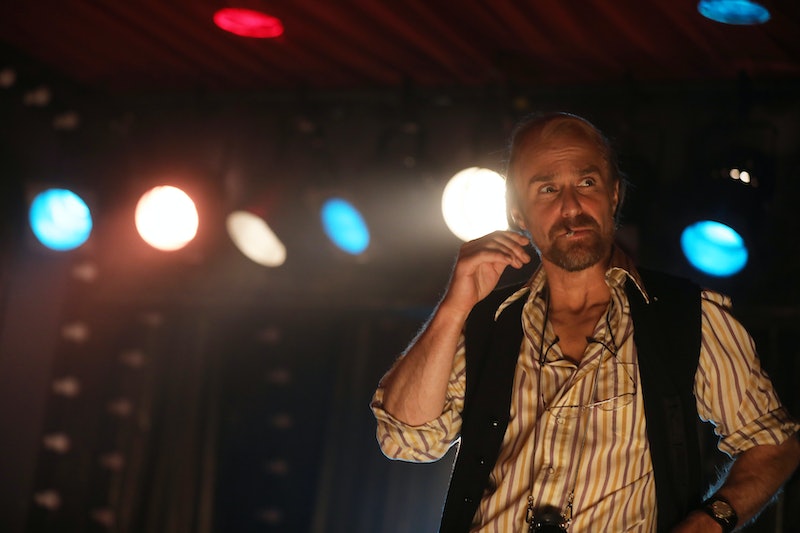 Choreographer Bob Fosse was responsible for some of the biggest dance spectacles around, so it’s no surprise that FX has chosen to give him and his relationship with wife Gwen Verdon their standard miniseries treatment. Because sure, his work was interesting, but his dynamic with Verdon was even more interesting, given the fact that they worked, played, and raised a family together. While a brand new generation of Broadway lovers — or non-fans — will get to know Fosse this way, it's possible many will wonder how Bob Fosse died? Especially since the series is formatted around a countdown to his demise.

According to the New York Times, Robert Louis Fosse was born June 23, 1927, into a vaudeville performing family. He, too, got in on performing at a young age, and by 13, the New York Times says, Fosse was a “seasoned veteran of many burlesque shows.” As reported by Slash Film, Fosse got into the big time with the help of Jerry Lewis after Lewis saw Fosse dancing in a sketch review, and it wasn’t long until Fosse had an acting career and, eventually, a choreography career. Fosse met Verdon in 1955 on the set of Damn Yankees, and they married quickly, acting not only as lovers but as frequent collaborators, too.

The Washington Post reports that Fosse was seen as an innovator in the world of dance because of the way he fashioned his dancers, moving their elbows, necks, hips — whatever — into new ways. The man also loved a bowler hat and fishnet stockings (if you’ve ever seen Chicago, you know). Fosse won an Academy Award in 1973 for Best Director for Cabaret, multiple Tony and Drama Desk Awards for choreography and direction, and three Emmy Awards for working with Liza Minnelli on her variety show, Liza With A Z.

Fosse went hard in his work and in his life, and it eventually caught up with him. In 1979, per the Chicago Tribune, Fosse directed a semi-autobiographical film starring Roy Schneider called All That Jazz in which the director of a revue has a massive heart attack. It followed his own first heart attack in 1975 during rehearsals for Chicago on Broadway. It could have been a coincidence or it could have been a prediction, but Fosse died of another massive heart attack on September 23, 1987, while in Washington, D.C. for rehearsals of the revival of his musical Sweet Charity. Per The Washington Post, Fosse collapsed on the sidewalk of Pennsylvania Avenue while walking with Verdon shortly after 6:30pm. They were on their way to the theater to continue rehearsals, but Fosse didn’t make it.

Fosse/Verdon is the story of Fosse, sure, but also of Gwen Verdon, a four-time Tony winner in her own right. Sam Rockwell, who plays Fosse in the series, told the New York Times that Fosse was "destructive to everyone around him. Especially the women in his life" (and given that Verdon has been mostly erased from their narrative, this seems to be the case). Ultimately, his hard living and working ways were destructive to himself, too.