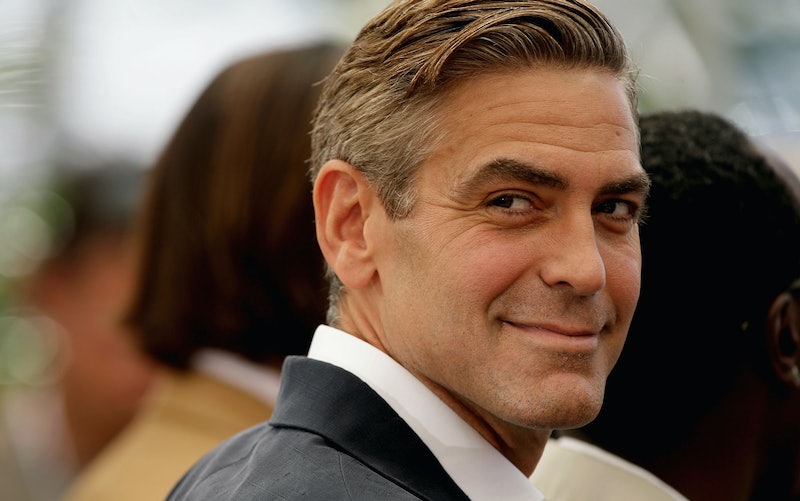 Spoilers for Ocean's 8 ahead. Fans of George Clooney's Danny Ocean from the Ocean's Eleven trilogy are given quite a blow in the first few minutes of the new Ocean's 8. The movie opens with his sister, Debbie Ocean (Sandra Bullock), answering questions about him at her parole hearing by saying, "My brother, may he rest in peace." Danny Ocean is dead in Ocean's 8, but just because he seems to be legally dead doesn't mean the question "how did Danny Ocean die?" is easy to answer.

The thing is, audiences don't know how Danny Ocean died in Ocean's 8 because it's pretty clear that he's not dead at all. Though Debbie herself doesn't seem that sure about her brother's fate, by the end of the movie it definitely seems like there's a good chance Danny is still alive. From the moment Debbie says "may he rest in peace" at her parole hearing, Ocean's Eleven superfans know something's not quite right. There's no way that Danny Ocean is really dead, right? And then, Debbie goes to see his grave. If, perchance, there's a chance he's alive, one might expect him to show up now that Debbie is out of prison. But instead of a visit from her brother, it's Reuben (Elliott Gould) who walks up to Debbie.

"They thought I'd be the best one to talk to you," he says. Debbie asks him what "He" thought of the plan. "He said it was brilliant. And you would probably end up in prison," Reuben responds. The "He" is never identified by name, but any self-respecting Ocean's Eleven fan would bet their entire stolen fortune that they aren't talking about Rusty. Danny Ocean's grave may say he died in 2018, but given Reuben's appearance, it seems more likely that he faked his death in 2018.

At the end of the film, Debbie goes back to visit Danny's grave to celebrate a successful heist. Again, he's not there, but she pours herself a martini and toasts to him. "You would have loved it," she says. Does this mean she believes he's really dead? Or is it just a comfort — a way for her to connect to her brother even though she doesn't know where he really is? Ocean's 8 doesn't attempt to answer these questions, choosing instead to leave Danny's fate up in the air.

If Danny Ocean isn't dead, then the question of how did he die changes to: will he come back to the Ocean's franchise? Clooney hasn't said much about Ocean's 8 since it was announced, though Bullock has revealed that she spoke to her Gravity co-star about making the movie. "George is like, 'Are you doing it?' and I'm like, 'I think I am,'" she said in an interview with Extra. "George just wanted us to have what they had. And I said, 'We're not gonna finish by five, have a bar in the room, and go watch shows.'"

Clooney and the rest of the Ocean's Eleven cast have been supportive of the new film, and if it does well, it's very likely that fans will see more of the male cast in future sequels — even Clooney himself. Whether or not Danny is included in a hypothetical sequel is up to filmmakers, and, of course, Bullock. "I try to remove George from any film that I'm in," she joked in an interview with ET Canada. "That's the agreement I have with George. He's always trying to muscle in on my romantic comedies so I said, 'Dude, next three films, I gotta get rid of you.'" In all seriousness, Bullock added, "He's passing the torch. He's a little busy. He has two babies." Maybe Clooney will have more free time if and when Ocean's 9 gets up and running.

More like this
Everything You Need To Know About The 'Knives Out' Sequel
By Grace Wehniainen
Is Austin Butler Really Singing in 'Elvis'?
By Arya Roshanian
The 'Hocus Pocus' Sequel Finally Has A Release Date & It Makes Total Sense
By Shannon Barbour and Radhika Menon
What’s New On Netflix: 'Stranger Things' & 'Mean Girls'
By Arya Roshanian
Get Even More From Bustle — Sign Up For The Newsletter