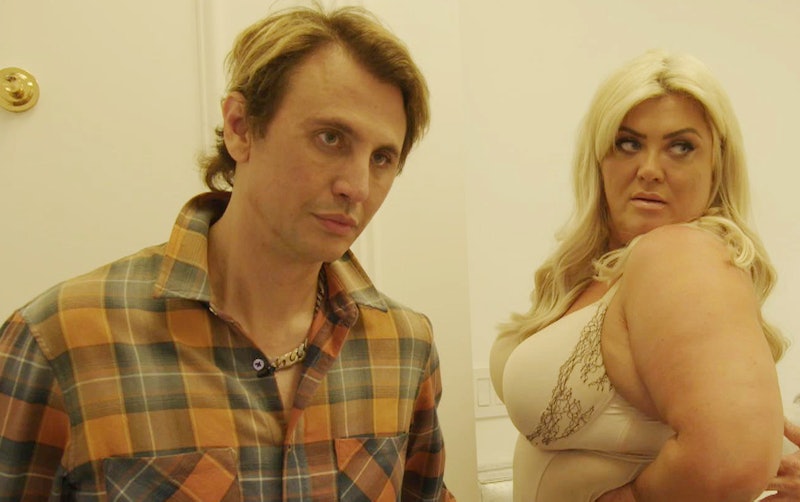 Fans of all things reality TV will be more than aware that the meme queen herself, Gemma Collins, has landed her very own ITV series. The show, which is aptly titled Gemma Collins: Diva Forever, documents the everyday life of the TOWIE star as she navigates through a glamorous schedule of photoshoots, celebrity appearances, and running her own Essex boutique. The series also displays Collins' personal relationships, and in one Diva Forever episode, viewers are introduced to the reality star's pal Jonathan Cheban. But how did Gemma Collins and Jonathon Cheban meet?

According to The Sun, the pair first met whilst taking part in the 2016 series of Celebrity Big Brother, and have kept in touch ever since. As reported by the Metro, the reality TV duo linked up once again earlier this year during a trip to Cheban's hometown of Los Angeles. Collins arrived in the City of Angels to film scenes for her ITVBe series Diva Forever, and the pair embarked on a mini road trip around several Beverly Hills hotspots.

If you're as obsessed with this unlikely celeb duo as I am, you can catch a glimpse of their hilariously entertaining friendship on Gemma Collins: Diva Forever, which currently airs on Wednesdays at 9 p.m. on ITVBe.

Although Collins and the Keeping Up With The Kardashians star appear to be getting along swimmingly, Cheban has previously revealed he has no plans to introduce Gemma to fellow reality TV bestie, Kim Kardashian West. Speaking of his decision to not mix relationships, Cheban told the Mirror, "People have been asking me for years but it's just like two different things I have, everyone has different friends that they hang out with. It's two different worlds, me and Gemma and me and Kim is just two different things."

And those hopeful for a Collins-Kardashian crossover probably shouldn't hold their breath, because Cheban also revealed the only way an introduction would take place is if the pair just so happened to cross paths. Speaking to the Mirror, he said, "It's one of those rare things where it would have to happen by accident, where we would just run into each other somehow, if we were filming in LA with Kim and Gemma was at a restaurant or something, but it would never be a planned thing, it just doesn't work like that."

As mentioned previously, the first series of Gemma Collins: Diva Forever is currently airing on ITVBe, and in addition to her Stateside antics, the show also displays the GC's on-off relationship with James 'Arg' Argent. According to OK!, Argent recently discussed the show's often tumultuous filming process during an appearance on This Morning, and revealed that Collins has since apologised to his parents after several heated rows between the pair were featured on the show. Despite the couple's on-camera bust ups, he went on to tell hosts Eamonn Holmes and Ruth Langsford that he is "proud" of his former-girlfriend — and in a recent Instagram story, Arg hinted at a possible reconciliation between the two. Watch this space.