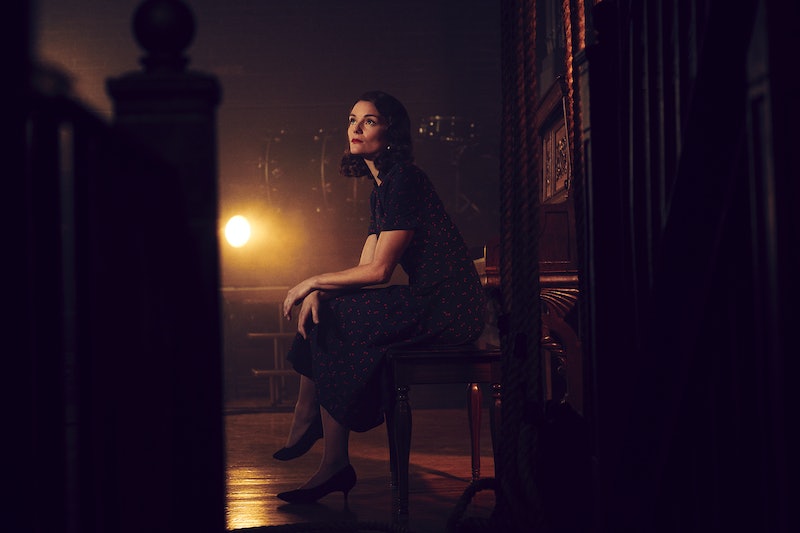 Fosse/Verdon sheds light on not one, but two of Bob Fosse's wives and their impact on his career. Unfortunately, the FX series picks up at a time when one of those women is near the end of her life. Joan McCracken's death is imminent on Fosse/Verdon, as is the dissolution of Gwen and Bob's own relationship.

In "Whose Got The Pain," Episode 2 of the limited series, it's immediately clear that Joan is not well — but not public knowledge. When Bob and Gwen begin their affair, on the FX series, she's unaware that his wife is sick. While McCracken was a well-known performer whose career had declined by the time Fosse signed on to Damn Yankees, her illness was kept hidden for a long time.

Her obituary also remembers that she became famous overnight in the Agnes deMille-choreographed Oklahoma! as the "girl who falls down" in the ensemble. McCracken toured with several ballet companies, and even worked as a Rockette — which the obit says she reportedly hated.

The New York Times claims that McCracken was 38 years old when she died, born in 1922. However, biographer Lisa Jo Sagolla discovered that she neatly removed five years from her age after blowing up in Oklahoma! and was actually 43, born in 1917. Honestly, the fact that she lied about her age so well it was immortalized in the Grey Lady is hilariously impressive.

The biography also explains that while the dancer had been diagnosed with juvenile diabetes as a young adult, she hid her condition so as to not impact her career, but was weakened for the remainder of her life. In the late '30s, when she was diagnosed, diabetes was a much more serious and less treatable medical condition than it is today, of course.

McCracken was twice divorced at the time of her death. Before Fosse, she had a 13 year marriage to Jack Dunphy. She clearly lived a full life in the time she was given. Sagolla's book, titled The Girl Who Fell Down: A Biography Of Joan McCracken, also claims that McCracken helped to inspire Truman Capote's legendary character Holly Golightly in Breakfast at Tiffany's. This shouldn't be too surprising, as Capote and Dunphy were partners later in life, but speaks volumes as to what kind of a person McCracken was in her youth.

According to those who knew him, Fosse was haunted by McCracken's untimely death for years to come. They had only divorced in 1959, and Fosse had married Verdon in 1960. According to Sagolla's biography, it is widely believed that in All That Jazz, Fosse modeled Angelique (Jessica Lange) after McCracken.

It's truly a shame that Fosse/Verdon meets McCracken at this time in her life when her dancing career, marriage, and life itself were coming to a close. She seems to have been such a vibrant person in her prime, and it's truly tragic how short that prime was cut.