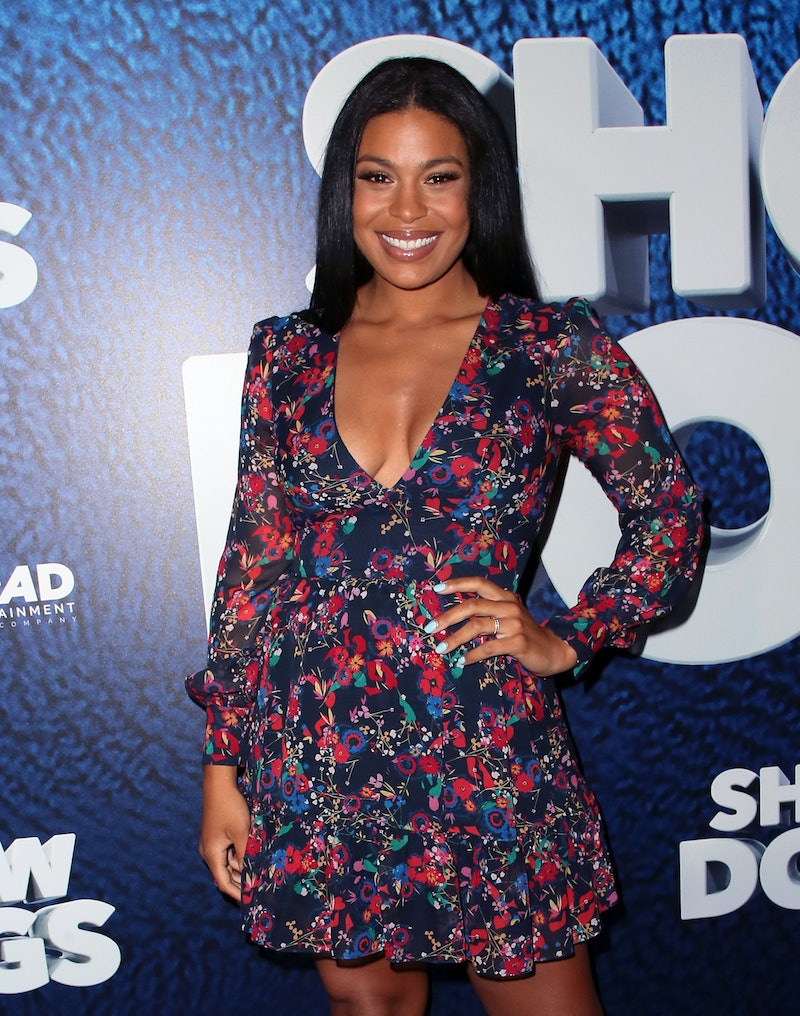 Sometimes love comes in the most unexpected of circumstances, which is most certainly true of American Idol winner Jordin Sparks and her husband Dana Isaiah. The couple recently celebrated the arrival of their first child together, a son named DJ, and their journey to parenthood will be documented in the Lifetime special Jordin Sparks: A Baby Story, set to premiere on Thursday, Sept. 6 at 10 p.m. EST. But though fans might be really familiar with Sparks' former relationship with fellow pop star Jason Derulo, a little less is known about her current spouse. So how did Jordin Sparks and Dana Isaiah meet?

In this case, mother really does know best. The two first met virtually, but not through Tinder, or Bumble, or sliding into each others' DMs... but in a group chat with each of their mothers. According to Entertainment Tonight, the "Tattoo" singer met Isaiah's family at an event before she met him, where they informed her that Isaiah was considering moving to LA. Because Sparks had firsthand experience of moving to the city and getting her big break, the two mothers thought she might have good advice for Isaiah, per the same report. The two moms stuck Sparks and Isaiah in a group chat with them, and that was it — a connection was born.

Isaiah is quick to stipulate that the moms weren't looking to set the couple up. "My mom was trying to get [Sparks] to talk me out of moving to L.A. because she’s experienced the industry out here,” Isaiah told People. “It wasn’t like, ‘We want you guys to date.'" But even though the moms didn't have a love connection on their minds when they set the two up, sparks flew between the two almost immediately (pun intended).

“A couple days after we had actually met, I was like in my head ‘That’s going to be my husband! That’s my husband right there,'” Sparks told People. “When I’m with him, I feel comfort and safety and calm and peace, and those aren’t things that I normally felt. So it was a little wake-up call for me.”

Things moved fast for the couple after their virtual fireworks. In July of 2017, Sparks and Isaiah got married in a secret ceremony in Hawaii, according to People. And shortly after that, the couple announced they were expecting their first child together. “We’re both really excited,” the 'No Air' singer said of their “He’s been like, ‘I want to shout it from the mountain tops!’ We’re really proud to be married to each other and to be celebrating this.”

Though the couple have gone through a lot of changes very quickly, they truly seem like they couldn't be happier. “We went from being two individuals to being one to preparing to bring a child into this world,” Isaiah told People about becoming parents so quickly after their elopement. “It was a real whirl.” Sparks gave birth the couple's son, DJ, on May 2, and, as the Lifetime special is sure to depict, the new mom chose not to give birth in a hospital.

“Hospitals just felt a little weird and strange [to me],” Sparks told People of her decision to give birth at a birthing center. “I had a feeling I wasn’t going to be comfortable on my back and I didn’t want to have to give birth that way.” Not only did Sparks forgo a hospital, she also decided to forego any drugs to mitigate the pain of childbirth, according to the same People report.

Isaiah was there for his wife for every minute of the birth. “When I was going to different places and different universes with the contractions, he was right there in my ear or rubbing my back," Sparks said of her husband, and even revealed that Isaiah was the one who caught their son when he arrived, per People. “He’s just the sweetest little thing," she gushes of her new son, DJ. The couple couldn't look happier, and will soon get to share their road to marital and familial bliss on their Lifetime special. It just goes to show that your mom really is always right.

More like this
Kanye West Has The Most Kanye Reaction To Kim Kardashian & Pete Davidson's Split
By Jake Viswanath
An Ultimate Guide To The Music Of 'Rap Sh!t'
By Brad Witter
17 Years Ago, 'Hannah Montana' Reportedly Almost Cast This 'Gossip Girl' Star
By Grace Wehniainen
Megan Thee Stallion Actually Auditioned To Be This 'P-Valley' Main Character
By Radhika Menon
Get Even More From Bustle — Sign Up For The Newsletter