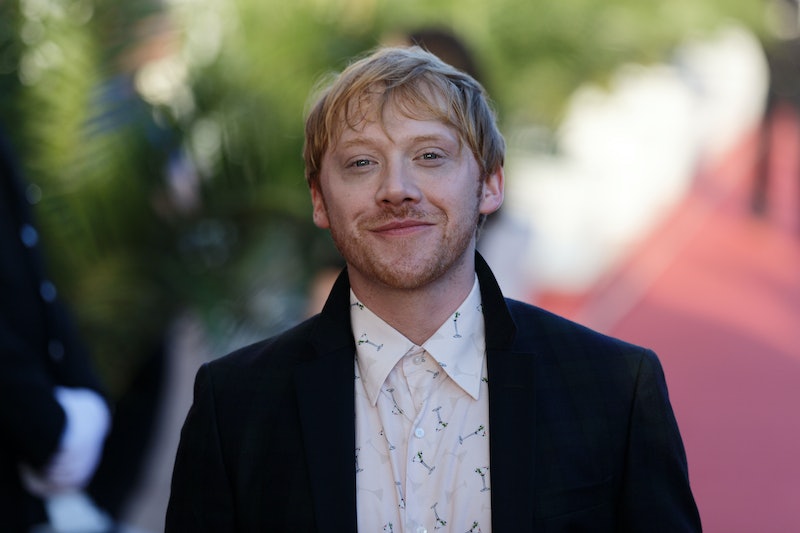 April 10 was a big day for millennials as, much the the delight of absolutely everyone, it was announced that Rupert Grint and Georgia Nicolson were soon to welcome their own little olive into the world. It was the good news we needed, but it also left us with a few questions – namely, how did Rupert Grint and Georgia Groome meet? As it turns out, the actors have kept their relationship under wraps for quite some time.

Neither Grint nor Groome have spoken about their relationship in publicly, but thanks to a viral 2018 tweet, we do have an idea of when it all started. "I was today years old when I found out Georgia from Angus, thongs and perfect snogging has been going out with Ron Weasley since 2011 ????" Twitter used @lydia_wood_ captioned a photo of the couple in November 2018.

A month prior to this tweet, the Evening Standard published an interview with Grint about his role in the TV series Snatch. The publication briefly referred to their relationship, stating that they'd been together for seven years.

As Metro points out, this means that they met "three years after Georgia appeared in Angus, Thongs & Perfect Snogging and at around the time that Rupert was finishing his turn as Ron in the Harry Potter series of films.

In April 2019, there were rumours that Grint and Groome had gotten married after they were pictured with "matching rings." But this rumoured was denied by Grint's spokesperson.

A year later, however, it has been confirmed by Grint's spokesperson that the couple are indeed expecting a baby. "Rupert Grint and Georgina Groome are excited to announce they are expecting a baby and would please ask for privacy at this time," his rep said, but no other information was released.

Grint has been somewhat vocal in the past about wanting to start a family, most recently mentioning it for The Guardian's 'This Much I Know' series. "I'd like to settle down and have kids soon," he said responding to how he'd just turned 30. "If I had a son, would I call him Ron? It's quite a good name, but probably not. And Grint's a tough name to pair a one-syllable first name with."