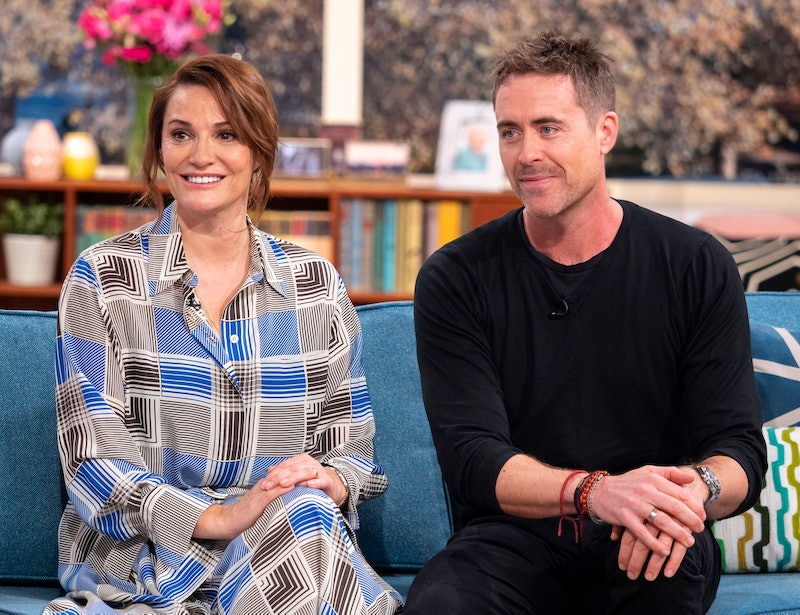 From starring as the manager of Valco's rival chain Lauda in Trollied to the wife of suspect Jim Atwood in Broadchurch series three, Sarah Parish is a very familiar face for UK viewers. Currently, the actor is reprising her role in the ITV crime thriller Bancroft, which is returning for its second series. Outside the show, you may recognise Parish from the incredible support she has given to University Hospital Southampton with her husband, actor James Murray. But how did Sarah Parish and James Murray meet, and what led them to become such an integral part of the hospital's new paediatric A&E unit?

In 2002, Parish landed the lead role of Allie on BBC's Cutting It. The series ran for four seasons, and in its third Murray joined the cast, which ended up being the couple's meet-cute. The two got married in December 2007, with the wedding reportedly taking place "in the Hampshire countryside surrounded by friends and family," as OK! magazine reports. A year later, the couple fell pregnant with their first daughter Ella-Jayne, who sadly passed eight months after she was born due to a rare genetic disease.

Following the care they received at Southampton's Paediatric Intensive Care Unit, the couple set up The Murray Parish Trust to raise money for the department that looked after their daughter. "Having been through that maelstrom of anxiety, the worst possible thing that could happen to a parent, you just want to know your child is getting the best possible shot at recovery and at life," Murray told the Evening Standard. "When Ella-Jayne was in hospital we were surrounded by the best staff but you have to make sure they have facilities to match their expertise."

Since setting up the charity, they've raised £2 million in two years, as the Daily Mail reports, which "will go towards creating a state-of-the-art trauma centre [...] where it is estimated 30,000 young patients will use the ward each year."

Both Parish and Murray have been working simultaneously on their careers and raising money for the fund, with acting often taking a back seat. "Our proper jobs sometimes do take second place to the charity," Parish told the Evening Standard. "There are deadlines with huge amounts of money at stake so I accept that I'll have to read scripts another day or just wing it."

This was especially the case when she was filming for Medici, an Italian-English historical drama which has just finished airing its third series. "The charity is triple the work of acting. Going to Rome to film was like a holiday from the charity," Parish said. "You worry that your audition will suffer and you won't get the job," Murray added. "Then you get a major donor and realise that's why we do it. It's about keeping our daughter's memory alive."