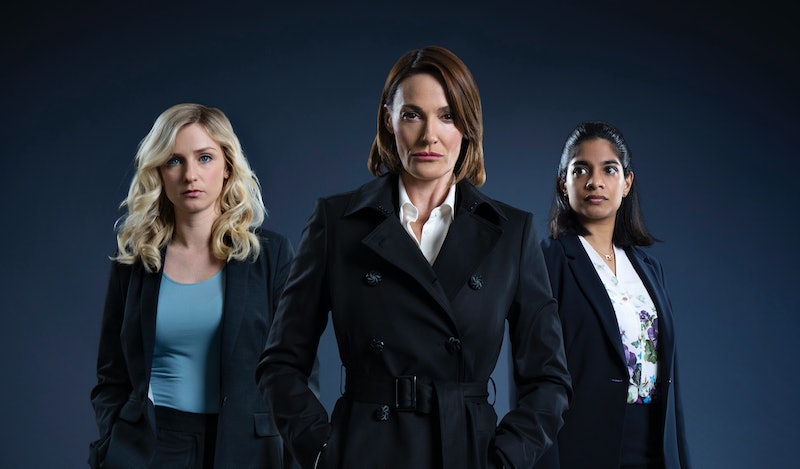 The ITV murder-mystery Bancroft follows the story of a well-respected Detective Superintendent, who harbours past connections to an unresolved missing persons case dating back to 1990. A second series of the drama is confirmed to be on its away, however, if you missed out on the action the first time round, you might now be wondering how to catch up. So, is ITV's Bancroft on Netflix? Here's everything you need to know.

Unfortunately, the series is not yet available to stream on Netflix UK, however, there are other options out there, including Amazon Prime Video — which currently hosts the four-part drama. Amazon Prime subscribers have the option of purchasing each episode individually for £2.99, or alternatively, users can download the entire first season for £8.99. Bancroft is also available to watch on the recently launched BritBox, which finally arrived here in the UK. A subscription to the British-centric streaming platform will set you back £5.99 per month, and if you're unsure, all new customers are entitled to a 30-day free trial.

According to the Radio Times, the first series of Bancroft centres around the anti-heroine character of Elizabeth Bancroft, a Detective Superintendent with links to the unsolved disappearance of a woman named Laura Fraser. Much of the gripping storyline focuses on Bancroft's questionable relationship with the missing woman's husband, however a major twist left audiences on the edge of their seats, and a second series of the hit drama was pretty much guaranteed.

Because of the show's runaway success, ITV's decision to green-light Bancroft's second outing was somewhat of a no brainer, and as Digital Spy reports, the series went on to become one of the channel's best performing dramas of 2017 — with a very impressive average audience of 6.7 million viewers.

Returning to the show's cast is Sarah Parish as D.S. Elizabeth Bancroft, Game of Thrones star Charlotte Hope as Annabel Connors, The Night Manager's David Avery as D.S. Jake Harper, Cuckoo star Jacqueline Boatswain as Chief Constable Frances Holland, and more — and when discussing the upcoming second season, Bancroft's writer and creator, Kate Brooke, said she was "thrilled to be continuing" the story of Elizabeth Bancroft. According to the Radio Times, Brooke went on to reveal how the "repercussions" of Bancroft's past will "come back to bite her," and if the first series gives us any indication, viewers should be extremely excited about the drama's long-awaited return.