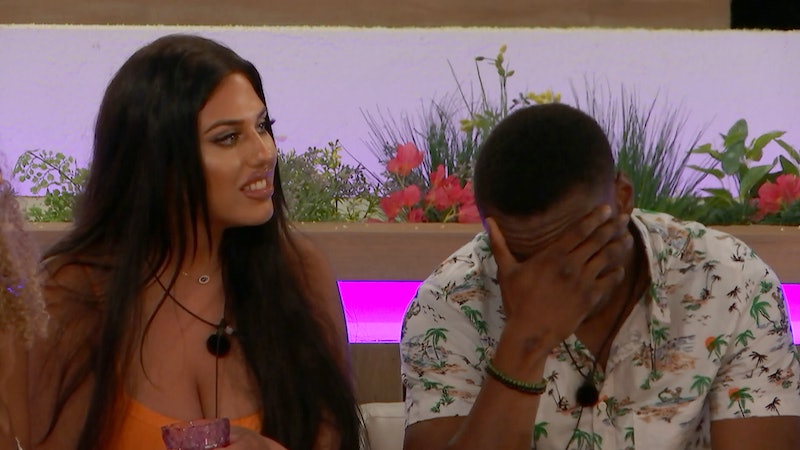 Just when you thought the long winter would never end, the summer of love is rolling back around again, and it's going to be occupying your evenings for the next several weeks. So, you might as well get to know the contestants who you'll be spending the summer in a villa with (well almost). And with the premiere of Love Island 2019, that's exactly what the current crop of star-crossed lovers will be doing. Although, it turns out a couple of them needn't bother. There was a glint of recognition for one of the contestants, but how did Sherif and Anna know each before Love Island?

OK, so if you haven't seen the first episode, then you might want to keep your eyes shut for these spoilers. After the inaugural coupling up, which ended on a pretty unnerving note, as Flack solemnly told the contestants: "Don’t forget, this is Love Island and the path to true love is never that simple. There may be a few surprises around the corner and the first surprise may be sooner than you think,” Sherif had a confession to make.

"I wasn’t going to say out there," the chef and rugby player said, referring to the coupling up ceremony, but as he told the lads and ladies of the villa, it turns out that he'd been following Anna, the self-titled 'Kardashian of Britain' on Instagram prior to the show.

Even without Love Island's help, Anna's Instagram is already popping. She's got a fairly sizeable 88.4k following, as of writing, and that's a number that I'm sure is going to skyrocket after each episode. Her style and aesthetic is very Kardashian-esque which makes the comparison pretty apt. And while her undeniable beauty is sure to have scored her some followers, she also won herself some Insta fame when she partied with two Iranian footballers earlier on in the year.

The Evening Standard reports Anna travelled with her sister in Qatar, as well as "two Iranian footballers who have a huge following." The pharmacist made it onto the Iranian news, which saw her racking up some 20,000 followers, as she "started being tagged in fan pages." Just wait till she sees her account whenever she leaves the villa.

Although, that doesn't mean she still wasn't taken aback by Sherif's confession. She admitted later on that while she tends to hear that comment a lot when she's out and about, she didn't expect to hear it coming into the Love Island villa. She told cameras in the Beach Hut, “He just brought it out so casually. Like ‘Yeah I follow you on Instagram’. I was flattered but I didn’t expect it coming in here, that someone would follow me on Instagram."

I reckon she'll have to start getting used to hearing that a lot. If Anna doesn't manage to find love this summer, I'm sure the very least she'll get is a few hundred thousand more followers. Roll on Love Island 2019, summer can't start quick enough.