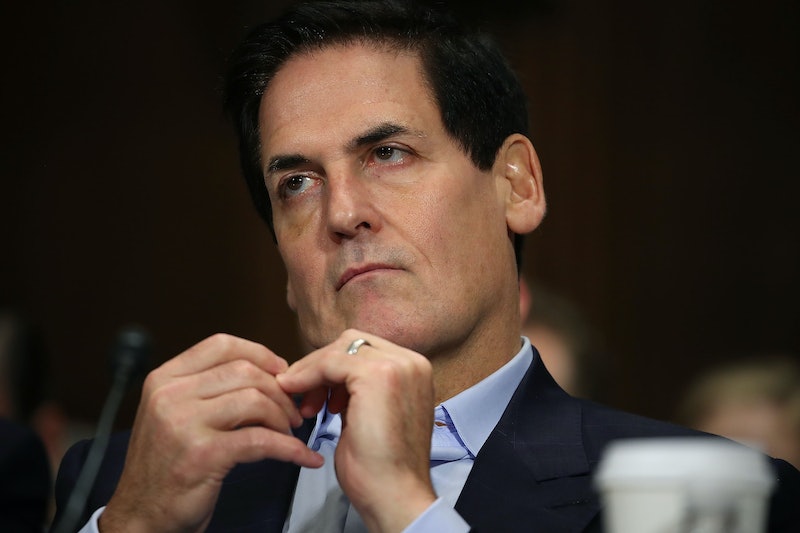 Remember when now-President Trump stood behind a podium, atop a debate stage, flanked by a handful of his fellow Republican presidential hopefuls on either side? The Republican primaries may seem like relics of the distant past, but they clearly started something between Trump and celebrity investor Mark Cuban that hasn't yet resolved itself. The Trump-Cuban feud that continued on Sunday started well before Trump became president.

Trump and Cuban feuded for much of the general election campaign between Trump and former Secretary of State Hillary Clinton. Cuban supported Clinton, but he had previously been open to the idea of a President Trump. If you're wondering why the political loyalties of one famous face have become headline news, here's the situation:

On Sunday, Trump tweeted about Cuban from his personal Twitter account. "I know Mark Cuban well. He backed me big-time but I wasn't interested in taking all of his calls," the president tweeted. The tweet popped up at 5:23 a.m. EST, with seemingly no provocation from Cuban or otherwise. Why the president found it important to tweet about an individual man who didn't vote for him at roughly 5:30 a.m. on a Sunday — not to mention the day after North Korea fired a ballistic missile test — remains a mystery.

The feud between the two high-profile businessmen, however, is not a mystery. Rather, it has been pretty public, at least since the Republican primaries neared their end. Cuban helped to shed some light on the feud through a tweet of his own, in response to Trump's tweet.

To explain how this feud started, here's a brief timeline:

In 2015, Cuban went on the record as a reluctant Democrat (or Independent), writing, "I would prefer to be a Republican." In a message on Cyber Dust, an app he reportedly created, Cuban wrote, "The Republican Party does everything possible to discourage leadership. ... They want to conserve their romanticized past." Clearly, he was ready for someone to shake up the GOP.

Fast forward to May of 2016: Trump had taken the GOP by storm, winning primary after primary and setting himself up to be the Republican nominee for president. On May 3, Sen. Ted Cruz, who had been Trump's closest competition, suspended his presidential campaign, effectively handing the nomination to Trump.

On May 18, according to the photo in Cuban's tweet on Sunday, Cuban sent a message to Trump explaining his qualms with the soon-to-be nominee. "Once you got past Cruz, I really hoped you would dig into the issues," Cuban wrote. "You have a real chance to win, but to make it work you have to really dig in on the issues." In other words, Trump's aggressive rhetoric throughout the Republican primaries and into his general election campaign apparently made Cuban question whatever loyalty he may have had to the candidate.

As things heated up between Trump and Clinton, Cuban was there on Clinton's side of the race. In September, Clinton invited Cuban to sit front and center at a presidential debate. In November, Cuban joined Clinton at a campaign event in his hometown of Pittsburgh, Pennsylvania. While there, Cuban took aim at Trump, asking the audience, "Do you think he cares about you or his bank account?"

On Election Day, you can bet Cuban voted for Clinton and not Trump. Still, Sunday's early-morning tweet from Trump seemed like a random and unprovoked attempt to revive the feud. Let's hope he gets back to governing soon.