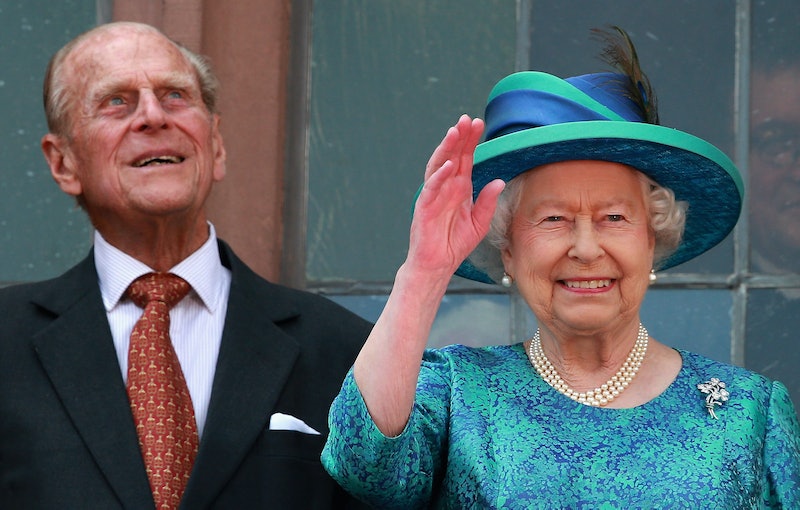 Everybody may be totally enraptured with Prince Harry and Meghan Markle’s relationship at the moment, but I’ve decided to take a trip down memory lane and revisit Queen Elizabeth’s love story. She and Prince Philip (note to my The Crown-loving self: not Matt Smith) have been married for over 70 years and she’s officially the first British monarch to have a platinum wedding anniversary according to the BBC, which says a lot about their super tight relationship. I’m a sucker for a meet cute, so there was one question I needed answered. How did the Queen and Prince Philip meet? Well, it’s a bit of a long story.

Technically, the pair’s families are super entangled which meant they tended to hang out in the same circles in their youth. This is going to sound a little grim, but they are technically distant cousins. According to the Express they’re “second cousins once removed from Christian IX of Denmark and Louise of Hesse-Kassel” and “third cousins by descent from Queen Victoria and Prince Albert.” The Daily Mail revealed that one of their earliest recorded meetings was in 1934 — during the wedding of Philip’s cousin Princess Marina. At the time, Elizabeth was just eight years old and Philip was slightly older at 15. The paper also revealed that they were in attendance at George VI’s coronation in 1937.

However, it wasn’t until a couple of years later that the pair officially met and sparks flew. According to the Express, Queen Elizabeth actually described their fateful meeting at a Dartmouth Royal Naval College in 1939. In letters written right before her wedding, she wrote, “The first time I remember meeting Philip was at the Royal Naval College, Dartmouth, in July 1939, just before the war. (We may have met before at the coronation or the Duchess of Kent’s wedding, but I don’t remember). I was 13 years of age and he was 18 and a cadet just due to leave.”

The Daily Mail revealed that they were introduced at the Captain of the College’s home and that Philip immediately captured her attention “as he entertained her by jumping over tennis nets.” Casual.

If you thought I’d glossed over Elizabeth’s young age at their first meeting, don’t worry. I was uncomfortable that she was just 13 too. However, Prince Philip apparently wasn’t into her that way. His biographer Basil Boothroyd told the Express that he said, “as far as I was concerned it was a very amusing experience.” After that, the BBC claimed that they began to exchange letters back and forth.

It was a pretty long courtship for the couple and eventually, they were “secretly engaged” in 1946 according to the BBC. Express reports that Philip asked her father, King George VI, for her hand in marriage but the official announcement wasn’t made until April 1947 when she was 21 years old. They were married the same year of the official announcement, in November at Westminster Abbey.

Not everybody gets to enjoy a marriage as long and as stable as the Queen and Prince Philip’s, so it’s very inspiring to see them still trotting out to public appearances together — even if they are a little greyer than they were when they first met. It was this sweet quote from a letter Queen Elizabeth wrote to her parents which had me super emotional though.

According to The Mirror, the letter read, “We behave as though we had belonged to each other for years.”

You’ll get to see more of the Queen and Prince Philip tonight in an ITV documentary focused on the monarch, aptly called Queen of the World. It’ll air tonight on ITV at 9:15 p.m., so set your alarms and cancel all your plans.

More like this
The Queen’s Cause Of Death May Not Be Formally Announced
By Shahed Ezaydi and Catharina Cheung
Will Archie & Lilibet Attend The Queen's Funeral?
By Sam Ramsden
Princess Charlotte Proved She's Wise Beyond Her Years At The Queen's Funeral
By El Hunt
Twitter Is Saying The Same Thing About Roger Federer’s Retirement From Tennis
By El Hunt
Get The Very Best Of Bustle/UK