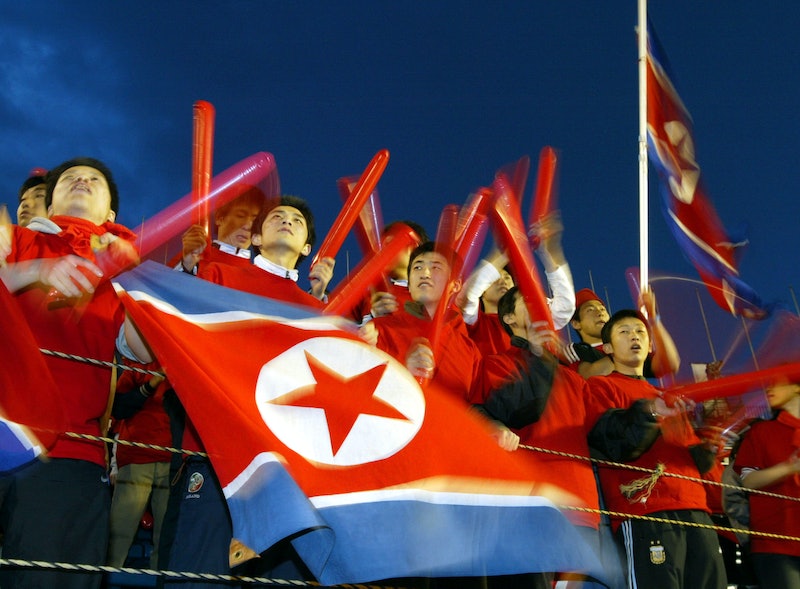 The Democratic People's Republic of Korea is a country that keeps its political affairs tightly under the wraps. As a result of this remarkable amount of secrecy, people may have questions about how politics take place in the country, including how its elections work. In North Korea, parliamentary elections are stringently observed affairs, according to The Economist.

With the upcoming summit between North Korea and the United States in mind, curiosity about the former nation's election process might be up. The Economist reported in 2014 that when it comes to parliamentary elections, it is compulsory for all North Koreans above the age of 17 to participate. And they apparently don't have much choice when it comes to their options.

Every district has only one candidate for voters to select, CNN reported. This person is handpicked by the Democratic Front for the Reunification of the Fatherland, a part of the country's Workers' Party, per The Economist. Privacy for voters is close to none, according to the publication, as dissenting votes are picked out and placed in "a separate ballot box."

Elections in North Korea reportedly come with a fair bit of consequences, too. The Economist noted that voting "no" or abstaining from voting is seen as the equivalent of a "dangerous act of treason." Under such a tense process, 687 officials are then selected to the Supreme People’s Assembly in North Korea.

Critics have lambasted this reportedly strict nature of North Korea's election process. Reporter Danielle Wiener-Bronner noted in The Atlantic magazine in March 2014 that it was "generous" to call North Korea's parliamentary voting process an "election" at all.

"It's true that North Korea really is holding parliamentary elections this weekend, and, par for the course for that nation's politics, they're kind of horrifying," she wrote then.

Wiener-Bronner also noted that the country is "led in spirit" by current North Korean leader Kim Jong Un's deceased father, Kim Il Sung. The latter passed away in December 2011, leaving an empty seat for his son who now chairs the country's Central Military Commission, the State Affairs Commission, and the North Korean People's Army, according to Agence France-Presse (AFP).

Some defectors from North Korea have talked about the country's election process and the repercussions for not participating. In 2014, one defector, Mina Yoon, told the NK News website — which reports on North Korea — that "the government checks the list of voters and if your name is not on the list, they will investigate it."

"It is often during election that the government finds out about defectors and people who have been missed," Yoon added.

And if you're wondering about defectors who live outside of North Korea, Yoon told NK News that "defectors in China come back to North Korea risking their lives because they are afraid of possible damages to their family or loved ones left in North Korea when the government figures out that they are missing."

Others have expressed grim concerns about being watched as they cast their vote. "An election was always a reminder that I was a target of surveillance," North Korean defector Park Seong Cheo told The Guardian in 2015. "People go in to the ballot box, look at me, look at each other to see if anyone dares to vote against the party."