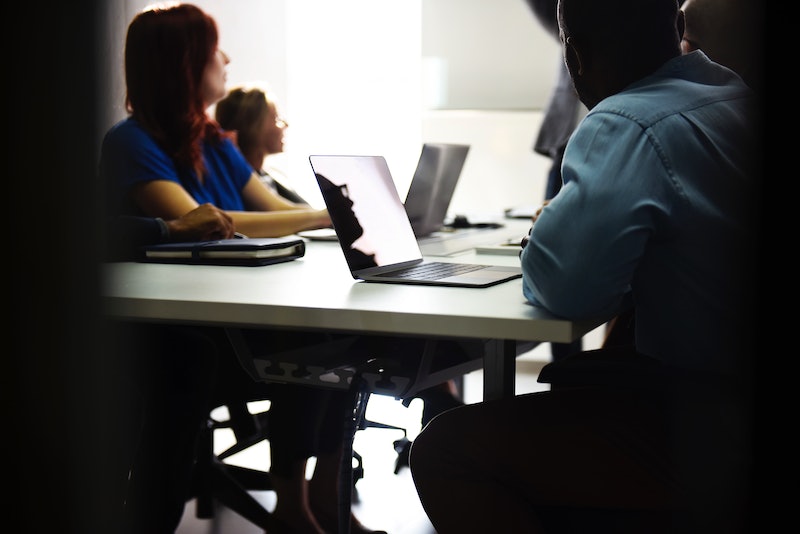 It seems like women and gender nonconforming folks are constantly coining terms to describe sexist behavior they deal with in the workplace and day-to-day life from men. Mansplaining has been a popular term used by many people use to describe when men condescendingly explain your experiences back to you, but now, the internet is in a tizzy over a new word: hepeated. Nicole Gugliucci, a social advocate and professor, first explained the term on Twitter, saying it's “for when a woman suggests an idea and it's ignored, but then a guy says same thing and everyone loves it.” Her original tweet, published on Sept. 22, has been retweeted over 67,000 times — clearly, this is something plenty of women relate to.

Though women and feminists alike now have a new word they can use to describe this sexist AF behavior, the experience itself is all too common. Men have been stealing and taking credit for women’s ideas since the literal Stone Age, and it seems unlikely things will change anytime soon. Men historically have benefited (financially, personally, and career wise) from claiming feats accomplished by women. So, how, in these situations, can you make sure you receive credit where credit is due, or shut it down? This is how you can respond to hepeating when you need to stop it in its tracks.