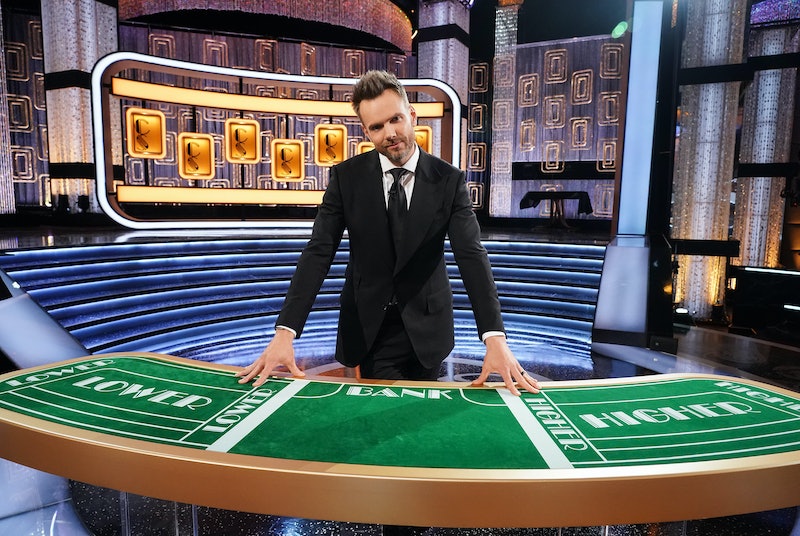 ABC is resurrecting one of television's classic game shows, Card Sharks, which initially premiered on NBC in 1978. While the show lacks the high-intensity spectacle of more recent game shows like Mental Samurai or even Beat Shazam, the simplicity of Card Sharks could turn anyone to a winner. Anyone with a decent sense of numbers will likely find themselves asking how to apply for Card Sharks, but may be disappointed to find that the deadline has already passed — at least for the time being.

The casting notice for Card Sharks posted on Backstage.com for the 2019 season explains that filming for this season of Card Sharks ended in April 2019, meaning that any aspiring card sharks may have missed their big break for the moment. The submission form for the show, however, still appears to be live. Should the show end up returning for more episodes, it's possible that they could still look at applications sent in during the show's run.

While the best time to send in an application for Card Sharks was before the reboot starting filming, the second-best time to send one in is right now. After all, Card Sharks has a storied history of coming back from the dead time and time again to change people's lives with the turn of a card.

While plenty of new game shows make their way to television screens every so often, there's something special about seeing the classic game shows of yesteryear revived for a new audience. While some games shows like Jeopardy and Wheel Of Fortune have stood the test of time, airing consecutively across decades, other game shows take long breaks between revivals. Such is the case with Card Sharks, whose initial run 1978 lasted three years on NBC before going off the air. Then in 1986, five years after its initial run ended, CBS revived the series with a new host before ending in 1989. The show returned to airwaves briefly in 2001, but American television has been void of new episodes of Card Sharks until this 2019 revival.

The revival of Card Sharks is part of ABC's Summer Fun & Games block of programming, which is also bringing about the revival of another famous 80's game show, Press Your Luck!. These revivals may simply be summer celebrations of television classics, but if they prove to be surprise successes than ABC could continue to bring these shows back in future summers, giving people who were raised on episodes of these classic shows to apply for the opportunity to play for themselves.

While there's no promise that the ABC revival of Card Sharks will return for another batch of episodes, it seems fair to predict that at some point in the future, Card Sharks will make a return at some point. Given the show's production history, it's possible that the show could return as part of ABC's Summer Fun & Games block for 2020 or could have yet another revival five years from now, ten years from now, or even twenty years from now. It may take a while, but there will almost certainly be an opportunity to apply for a Card Sharks show in the future.