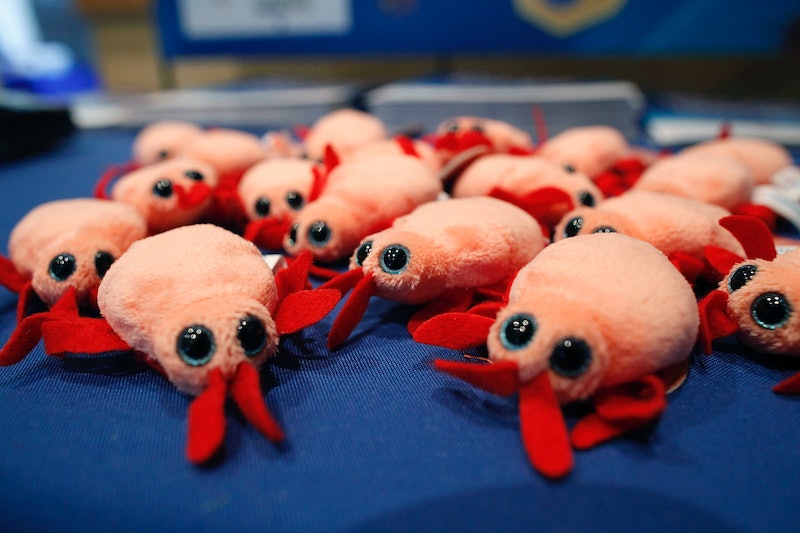 Nobody ever wants bed bugs — it's a huge nuisance and a financial pain, more often than not. And if you live in a city, you probably try not to think about bed bugs at all if you can help it. But if you ever consider the different ways you can get bed bugs, you might come face-to-face with some not so comforting realities. That being said, there are also plenty of ways to prevent them if you think ahead.

According to New York's Department of Health, bed bugs have been around for thousands of years — and there's no sign they're dying out any time soon. The tiny little creatures are technically flat, wingless insects, the department explains; they're a reddish brown color and about a quarter of an inch long before feeding. So yes, you can see them without any sort of microscope. The Department of Health compares them visually to an apple seed. As for beg bug larva, they're practically invisible, resembling little pieces of pepper, according to Western Exterminator. But don't worry too much about whether or not you can see the larva, since there are likely going to be adult bed bugs around anyways, if there are babies.

As for how bed bugs travel, you don't have to worry about them flying through your door. Bed bugs can't fly, but they are adept travelers, and often hitch rides in mattresses, backpacks, purses, or other soft surfaces, according to the New York Department of Health.

That's why bed bug infestations can get so out of control so quickly in cities. Given all of the movement and public transportation in urban areas, it's easy to understand how a bed bug could be taken from Manhattan to Brooklyn in a matter of hours.

According to the Mayo Clinic, your risk of getting bedbugs increases drastically if you're staying in a place that has a high rate of customer turnover. Think hotels, AirBnbs, hospitals, airports, and public transportation. And yes, bed bugs can also infest an office space, as the employees at The New York Times learned the hard way this August.

There's good news, though: although bed bugs do bite and can lead to serious itching, they're not known to spread diseases. Per the Mayo Clinic, they can still cause "public health and economic" issues since their spread is so difficult to contain, but you don't have to worry about getting a disease the way you might if you found a tick lodged in your skin.

In general, you can't avoid bed bugs just by being clean, but it certainly helps. Because of their hitchhiking tendencies, you can make it a little bit harder for them to find a home in your home, if they do drop by unannounced.

According to the EPA, some precautions you can take to avoid bed bugs include using a mattress cover so that bed bugs can't burrow into the mattress; being extra careful about keeping track of your clothing if you share laundry facilities with other people; and checking the mattress and box spring for bed bugs whenever you stay in a new bed (as well as for your own bed from time to time).

If you do end up getting bed bugs, it's going to be hard to get rid of them without an exterminator, unfortunately. Per the Mayo Clinic, bed bugs crawl about as fast as a lady bug — so it's not their speed that should concern you, but rather their ability to nest and hide away.

In other words, if you spot a few bed bugs, there are likely many, many more nearby in places you can't see. And if you're going on a trip soon and officially terrified about the idea of staying in a hotel with bed bugs, you can check out this list of items that will help you stay bed bug-free when you travel.