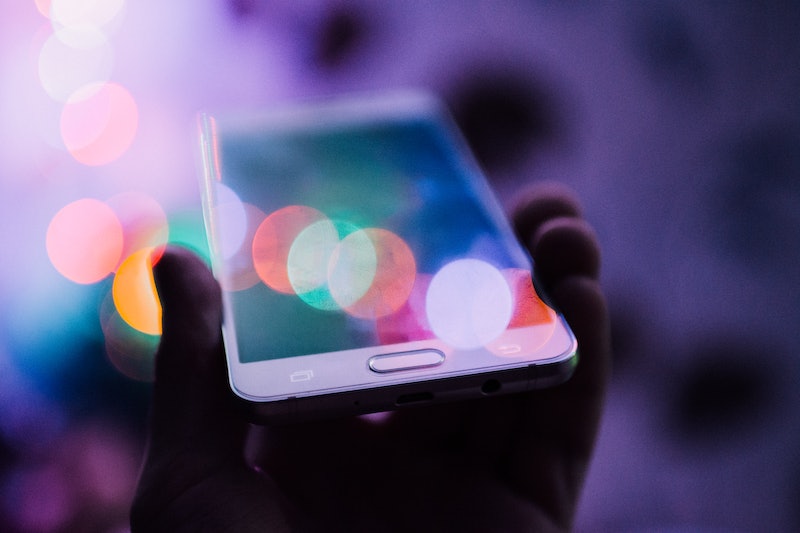 If you're looking to add some eye-catching effects to your next Instagram snaps, Kirakira+ is an app that gives you access to tons of sweet looks, from sparkles to a soft glow effect. The app has been getting some major attention, so you may be wondering how you can get Kirakira+ to freshen up your photos.

Kirakira+ has been around since 2015, but it's recently reached new heights of popularity thanks to the models and fashion-lovers attending London and New York's Fashion Weeks. Their enthusiasm for the photo app isn't a surprise, since Kirakira's range of effects offers dreamy edits for every photo and video you take while using it.

Currently Kirakira+ offers seven effects modes for photos and videos: Kirakira, which gives you a basic sparkle; Twinkle, which gives you different color sparkles based on the contents of your photo; Airly, a soft, glowy effect; Color, which turns your photo black and white with colored sparkles; Shine, which gives everything in your photo a shimmer; Bling-bling, which is similar to Sparkle; and Glare, a hazy effect with round, traffic light-like shimmers of color.

You take photos and film videos directly with the app, and you can choose via slider bar exactly how much or how little sparkle your images have. If this sounds right up your alley and you're an iOS user (sorry, Android folks), getting your hands on Kirakira+ is pretty simple.

Kirakira+ is available for $0.99 from the App Store, and can be installed on iPhones, iPads, and iPod Touch. Unfortunately, the app currently isn't available for Android users. There is an app on the Google Play Store called KirakiraPhotoStudio, but it's unrelated to developer Kentaro Yama's Kirakira+. For now, Android users can snag apps like Photo Sparkle Editor Pro, which offer similarly snazzy effects.

Once you've forked over your $0.99, Kirakira+ downloads fast, asks permission to access your camera, microphone, and photos folder, and off you go. The app gives you the ability to turn a photo of even the most basic subject and turn it into a masterpiece. It's definitely a fix for those days when you feel like none of the pics you take are salvageable, no matter how many Instagram filters you layer on them.

While the sparkly aspect of Kirakira+ is by far the one that's gotten the most attention on social media, the app's filters in general are useful, and they stand out from other photo editors. They don't mimic effects you can apply with your iPhone's built-in photo editor, or with Twitter, or Instagram. Users may balk a little at paying for an app, but considering it offers truly unique effects, it's well worth the $0.99.

If the buzz surrounding Kirakira+ has made you curious about what other apps you can use to pump up your Insta game, another Bustler pointed out that celebs are also using Perfect365, "a free app that lets you shape your brows, remove dark circles from under your eyes, and even contour. [It] lets you play with different looks by changing your lipstick, eyeshadow, and even your hairstyle and color."

There's also FaceTune, which is available for both iOS and Android users. FaceTune has a range of editing capabilities, from changing your eye color and minimizing your pores to changing the light source in your photos, removing shadows, and replacing backgrounds. FaceTune also offers filters and light effects.

There's no word on whether Kirakira+ will be releasing an Android version, but for iOS users, if you're interested in editing your selfies or just want an app that can help you make the world around you a little more beautiful, Kirakira+ is an excellent option.

More like this
Behind The Hilarity Of The "POV: You Walk Into My Room" TikTok Trend
By Lexi Inks
Why TikTok Is Flooded With Controversial Videos About "Pick Me Girls"
By Courtney Young
How To Turn Off Night Mode On Your iPhone Camera
By Emma Carey
20 Smart Devices Under $35 That’ll Change The Entire Vibe Of Your Home
By Emma Carey
Get Even More From Bustle — Sign Up For The Newsletter