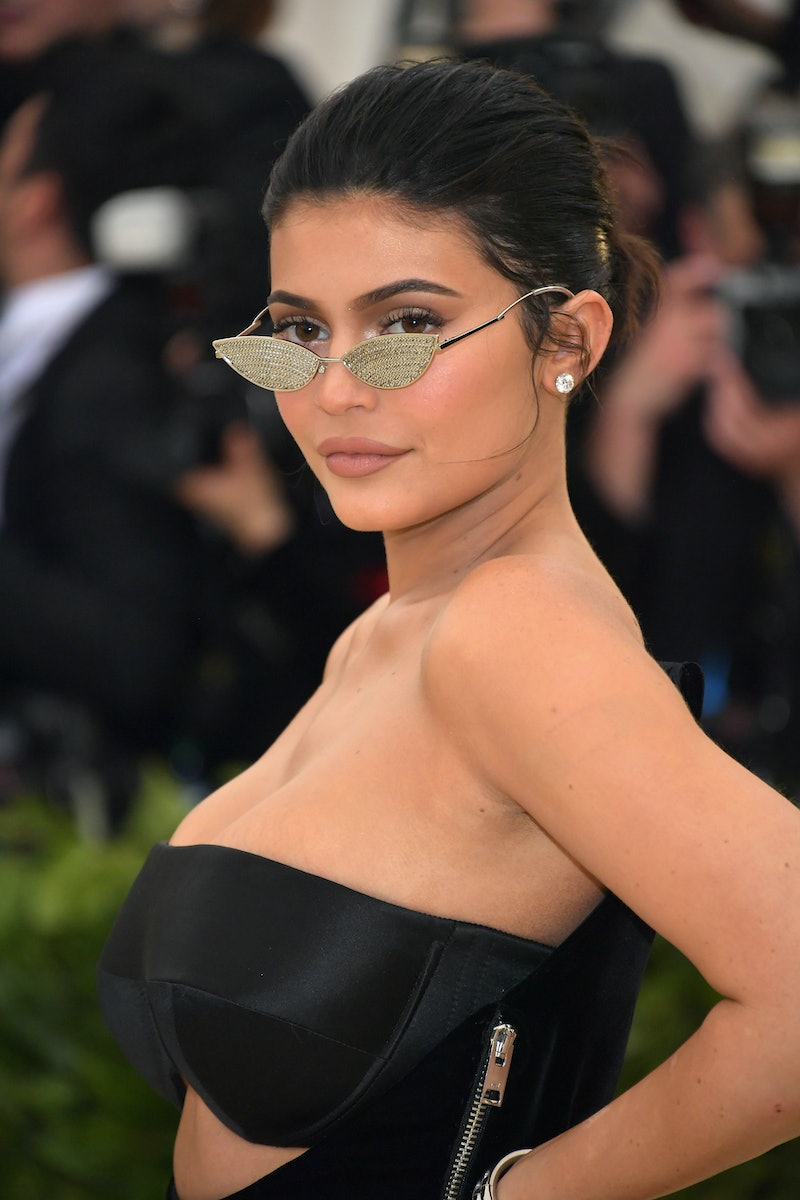 Kim Kardashian may be known for her iconic figure, but there's another member of the family that has a well-known features. Kylie Jenner's lips have been a topic of conversation since she was a teenager and admitted to getting lip filler. Now, though, Jenner's lip filler is gone, but how did she do it? Just how TF do you even get rid of filler? As it turns out, the process isn't even that complicated and lip fillers aren't quite as scary as you may think.

Over the past weekend, Jenner and friend Anastasia Karanikolaou celebrated what seemed to be their friendship anniversary and took to Jenner's Instagram to post photos. Fans were quick to realize that Jenner looked different, and eventually, she responded to comments explaining that she had her lip filler removed.

To say Jenner without lip filler is a shock would be an understatement. Since her revelation, the internet has been abuzz with opinions on her new (or old?) lips ranging from those who love her more authentic look to those who miss her now signature pout.

Regardless of the multitude of opinions, though, Jenner looks great either way. Honestly, the real question isn't even why she chose to dissolve her lip filler. It's how in the world you actually do it.

First of all, it's important to know that lip filler is (obviously) not permanent, and it's also not quite as scary as you may think.

According to Cosmopolitan, the injection is actually hyaluronic acid, a sugar that's naturally found in your body. These are the types of fillers that most plastic surgeons recommend when getting the procedure done. There are different types of injections meant for different types of fill-ins, but overall, they're pretty similar. The lips are numbed with lidocaine, and then, the filler is injected.

How do you — and how did Kylie — get rid of them, though? While Jenner hasn't spoken out about what types of filler she gets or how she got it dissolved, plastic surgeon Dr. Douglas Senderoff from Park Avenue Aesthetic Surgery in New York City explains the typical process. Dr. Senderoff tells Bustle, "Dissolving lip filler involves injection of a product called Hyaluronidase. This product comes from a family of enzymes that dissolves hyaluronic acid which is what most fillers are made of."

Basically, it's the same process as getting the filler in the first place. Not scary at all, right? If you taken the plunge once, you can definitely do it again to dissolve them.

Could having filler for as long as Jenner has been using it complicate the procedure, though? Dr. Senderoff explains that the process typically takes about two to three weeks to fully dissolve the filler, but if you've been using the procedure for an extended period of time, it could cause your lips to remain a bit fuller due to scar tissue that's built up in the lips. "The entire process is relatively simple with little downtime," he explains, "One treatment is usually all that is necessary."

If you've gotten lip filler in the past and are now interested in dissolving it, or if you've thought about getting the procedure but wanted a potential escape route if you didn't like it, the procedure to undo filler is not as scary as you may have thought. While it will, according to Dr. Senderoff, take a few weeks to be complete, it's a similar process to the initial injection.

As for Jenner's lips, only time will tell if she decides to continue sans filler. No matter what her choice, though, she looks great with or without the procedure.

More like this
This Week’s New Makeup Releases & More Beauty Headlines
By Audrey Noble
All The Products Hailey Bieber Used For Her Birthday Makeup Look
By Olivia Rose Ferreiro
Kim Kardashian On The Beauty Hack That “Changed My Life, My Skin, My Confidence”
By Taylor Jean Stephan
How To Get Wednesday's "Soft Goth" Lip, Straight From The Makeup Designer
By Audrey Noble
Get Even More From Bustle — Sign Up For The Newsletter