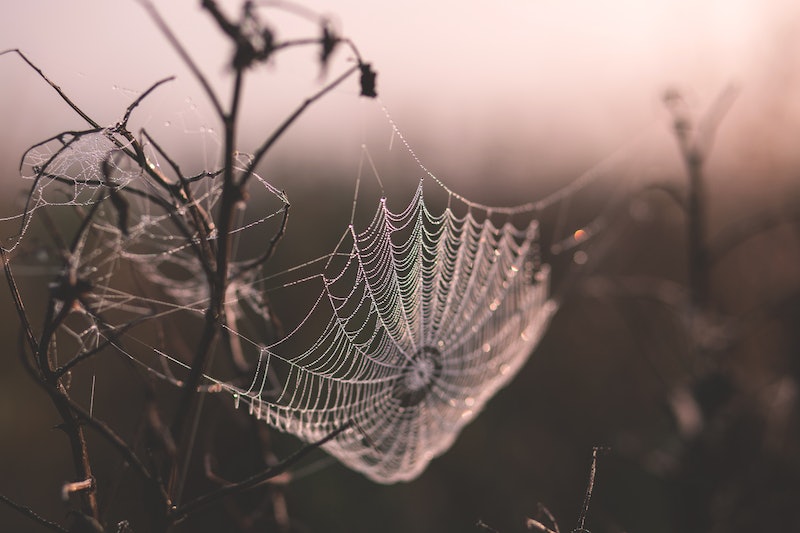 Although the sight of a spider is enough to send most people running for the hills, or at least the nearest exit, there's a world of difference between everyday fear and a full-blown phobia. Depending on its focus, the latter can seriously cramp your style — so how do you overcome a phobia? The good news is that there's plenty of research on the subject. The bad news is that most psychologists agree the best way to get over a phobia is to get up close and personal with whatever terrifies you. It might seem counter-intuitive, but it works.

Facing your fears isn't an appealing prospect, but in 2012, researchers developed a computer program that reduced fear without forcing people to deal with the source of their phobia — at least, not consciously. The program flashes images of the feared object for very brief intervals while subjects look on; although they don’t realize they’re recognizing the images, their brains are busily processing the information. When researchers tested this on people with arachnophobia, they found that computer program worked. Although they didn’t consciously register the images, participants’ phobias were less intense after being exposed to split-second pictures of spiders. Basically, their subconscious did all the work of getting over the fear.

For psychologists, the natural next step was figuring out how this form of therapy, known as Very Brief Exposure (VBE) works. According to the Huffington Post, researchers recently published a paper in Human Brain Mapping analyzing how VBE affects brain activity. Focusing once again on arachnophobia, they rounded up 21 women with a fear of spiders and 21 women with no such fear. While their neural activity was monitored in an MRI, participants were exposed to three kinds of images on a computer screen: split-second spider pictures (VBE), clearly visible exposure to spiders (CVE), and images of flowers as a control.

When researchers analyzed the data, they found that VBE to spiders activated brain regions associated with fear response and vision, and this effect was stronger in phobic participants than the control group. Interestingly, these fear-processing regions were activated without participants consciously experiencing fear. In contrast, CVE to spiders deactivated brain regions associated with fear regulation, and phobic women reported actually being scared once the images were shown slowly enough to see.

Taken altogether, the results are pretty clear evidence indicating it's possible to let your subconscious do the heavy lifting when it comes to handling fear. "Phobic people may be better able to confront their fear if at first they are not consciously aware that they have faced them," study author Paul Siegel told the Huffington Post.

In the study's abstract, researchers concluded that "limiting awareness of exposure to phobic stimuli... paradoxically facilitates their processing, while simultaneously minimizing the experience of fear." In other words, it's not that VBE totally cured these women of their arachnophobia, but that it allowed them to subconsciously process scary images without consciously getting scared. This should make it easier to confront the source of their fear later on.

Although it was tested on women with arachnophobia, VBE could have a wide range of applications, including the treatment of social phobia and PTSD. Like phobias, PTSD is commonly treated with exposure therapy, so its sufferers eventually lower their expectations of harm after a perceived threat. More research will have to be done to see if VBE is a successful form of therapy for other anxiety disorders, but at least it's a start.

As always, phobia research highlights the value of facing your fears. Whether you're afraid of spiders or heights, it might be time to deal with it head on.

More like this
Why Experts Say Sleeping With A Fan On Isn’t Totally Risk-Free
By Sophie McEvoy
Dunkin’s Pumpkin Spice Latte Is Officially Back This Week
By Mia Mercado
Your Daily Horoscope For August 16, 2022
By Alexandria Lettman
25 Things I've Reduced My Life To, In Addition To WFH In My PJs
By Ginny Hogan
Get Even More From Bustle — Sign Up For The Newsletter