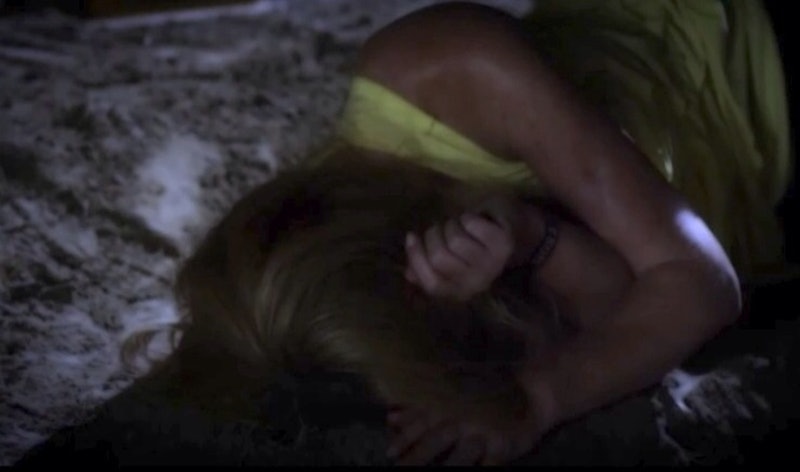 Spoilers ahead for the Pretty Little Liars series finale. As with any good mystery, Pretty Little Liars has stoked a lot of fan theories since its premiere in 2010. And over the years, they've only gotten more out there and elaborate. Ahead of the series finale on Tuesday night, one of the ideas still floating around the internet was that Bethany Young was both Spencer's twin and Uber A, but it turns out that the other popular twin theory was right: A.D. was Spencer's evil twin, Alex Drake, not Bethany.

Viewers will remember Bethany as the girl who wound up in Alison's grave, but it was a lot more than a simple case of mistaken identity. As we eventually learned, Bethany was friends with Charlotte while they were patients at Radley Sanitarium. One night, Toby's mother, Marion Cavanaugh, wandered up to the roof while they were talking. According to Charlotte, while she was hiding, Bethany got confrontational with Marion and eventually pushed her to her death, but blamed it on Charlotte.

Meanwhile, Bethany had also grown close with Allison's mother, Jessica DiLaurentis, who was on the board of the sanitarium at the time. Their friendship came to an abrupt halt after Bethany discovered Jessica was having an affair with her father. Furious, she left Radley pretending to be Charlotte — who had outside privileges to attend classes at UPenn — and marched over to the DiLaurentis house to hurt Jessica. Once there, Mona — believing that Bethany was Alison, since they were wearing the same clothes — hit her over the head with a shovel, knocking her unconscious.

Spencer's sister, Melissa Hastings, then came by and buried Bethany, also thinking she was Alison and that Spencer had killed her. When police uncovered her body, she was initially identified as Alison, but the cops later corrected the mistake after realizing somebody had switched Alison and Bethany's dental records.

Fans postulated that that was another misdirect and it was a stranger that had died, while Bethany was still alive and wreaking havoc on the Liars' lives after stealing the game from Charlotte. But nope! It was just Alex, Spencer's maniacal other half.