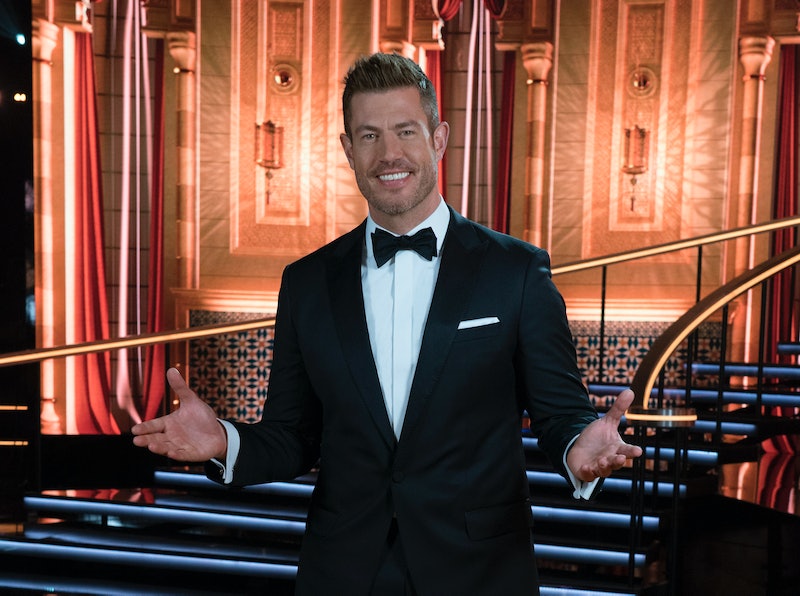 The Bachelor first premiered on ABC back in March 2002, and subsequently became a global phenomenon, forever changing the way the world thinks about roses. But now the network is ready to take the concept of reality dating to a whole new level with its newest unscripted series The Proposal, premiering June 18. So what makes this show different from the Bachelor franchise? How does The Proposal work, exactly? Let's just say it's going to make the time frame on The Bachelor and Bachelorette feel a lot longer than it used to.

The series is hosted by former NFL quarterback and Season 5 Bachelor Jesse Palmer, so right away it'll be an adjustment not seeing Chris Harrison take on his normal hosting duties. Even more strangely, it doesn't appear as though any roses will be involved. The most eyebrow-raising aspect of the show begins and ends with the main premise itself: getting engaged by the time the episode is over.

Each hour-long episode will feature 10 eligible contestants vying for the heart of a mystery man or woman (who remains hidden from them the entire time until the very end). In order to remain in the running, the contestants have to undergo a series of tests (four to be exact) in what Palmer refers to as a "soulmate pageant" in the trailer. Whichever two are still standing by the end of it all, will have the opportunity to get engaged right then and there. This basically means that two strangers could be betrothed after knowing each other for just the time it takes to film the show. Just take a moment and wrap your mind around that concept. So if you thought things happened quickly on The Bachelor, be prepared to really have your mind blown.

The official ABC press release, as per Entertainment Weekly, further explains the intricacies of what fans can expect with each coming week:

After each phase, the daters who fail to connect with the mystery suitor are whittled down, leading to the dramatic and highly anticipated reveal, when the two remaining daters finally meet the mystery suitor for the first time and present a romantic proposal of their choice. Will there be a marriage proposal that can’t be refused?"

The series isn't quite in the Bachelor family, but it's close enough to get the attention of its fanbase, particularly since they share a creator and a goal. And while it may also be the kind of show that fans will love to live-tweet, it'll be a lot harder to become invested in the relationships like fans do within Bachelor Nation since the contestants change from week to week. There isn't time to learn about everyone's backstory or search for engagement clues on their Instagram accounts — you'll already know if they're engaged by the end of the evening.

It also means there won't be time for a lot of drama between the contestants either. So if you live to see awkward cocktail party interactions, you may be disappointed. This series seems to be less about drama and more about getting engaged, fast. As for whether or not that engagement actually results in a marriage, well, finding out will be part of the fun.