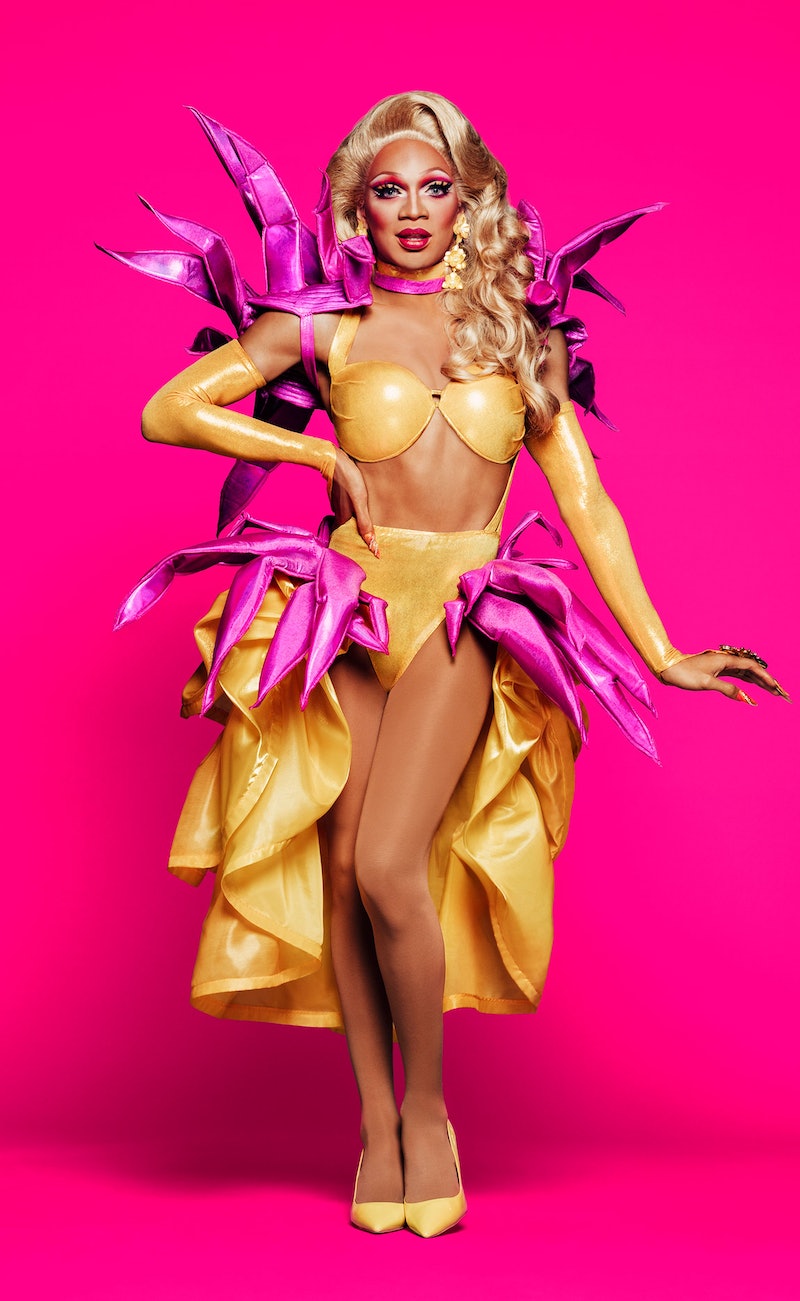 RuPaul's Drag Race is a drag queen's ultimate test: it can build you up, or it can knock you down. But even though Drag Race star Kahanna Montrese was asked to sashay away during week two, she came away from the experience feeling like a winner. Going into the show, Kahanna knew she had some big heels to fill: she's the drag daughter of Season 5 alum Coco Montrese, and she wanted to do her proud. However, she also wanted to stay true to her own character.

"There was a lot of pressure for me to make her happy and to bring myself in it as well," Kahanna tells Bustle. "I didn't want people to think, 'Oh she's just like Coco.' I wanted people to see the similarities, but things that separate us as well."

Kahanna used her brief moment in the spotlight to showcase what makes her unique — by tumbling her ass off in heels. During her second round of lip-syncing for her life in the bottom two, after which she was eliminated, Kahanna flipped across the stage like a drag gymnast. Judges had to pick their jaws off the floor, and viewers scrutinized their screens for a stunt double, but there wasn't one to be found.

"I have a cheerleading background," Kahana explains. "Being able to do that — it just fulfilled my little gay childhood soul. I had so much fun doing it. I was like, you know what, I gotta do something that stands out … I want people to know that's in my repertoire, that Kahanna brings it when she's on stage."

Unfortunately, those acrobatics weren't enough to save her against the surprising theatrics of Mercedes Iman Diamond. She says the pressure she felt to fulfill her drag family's legacy didn't come directly from Coco, but from herself. Perhaps those feelings are what distracted her from preparing for the show the way she wishes she would have. Ultimately, her uninspired, incomplete runway looks determined her fate.

"That would've relieved so much more stress once I got there," Kahanna says, referring to her lack of preparation. "Just having everything in line and having everything I needed. I truly believe had I been more prepared going there, I would've killed it completely."

But Kahanna says she can't resent herself for a past mistake. She can only learn from it, and she says she has. "I'm not upset at all with the outcome because I learned so much from it and I got what I needed, truly," she continues. "Like I feel like I won the show. Because [of] the critique I got [and] the lessons that I learned throughout the whole process, I've grown."

Her refreshing outlook on what many would see as a total loss shows that though she has a flair for the dramatic, Kahanna also has an impressive amount of humility and tact. And even though she left Drag Race pretty early, she certainly showed her fellow queens — and viewers at home — who she is.