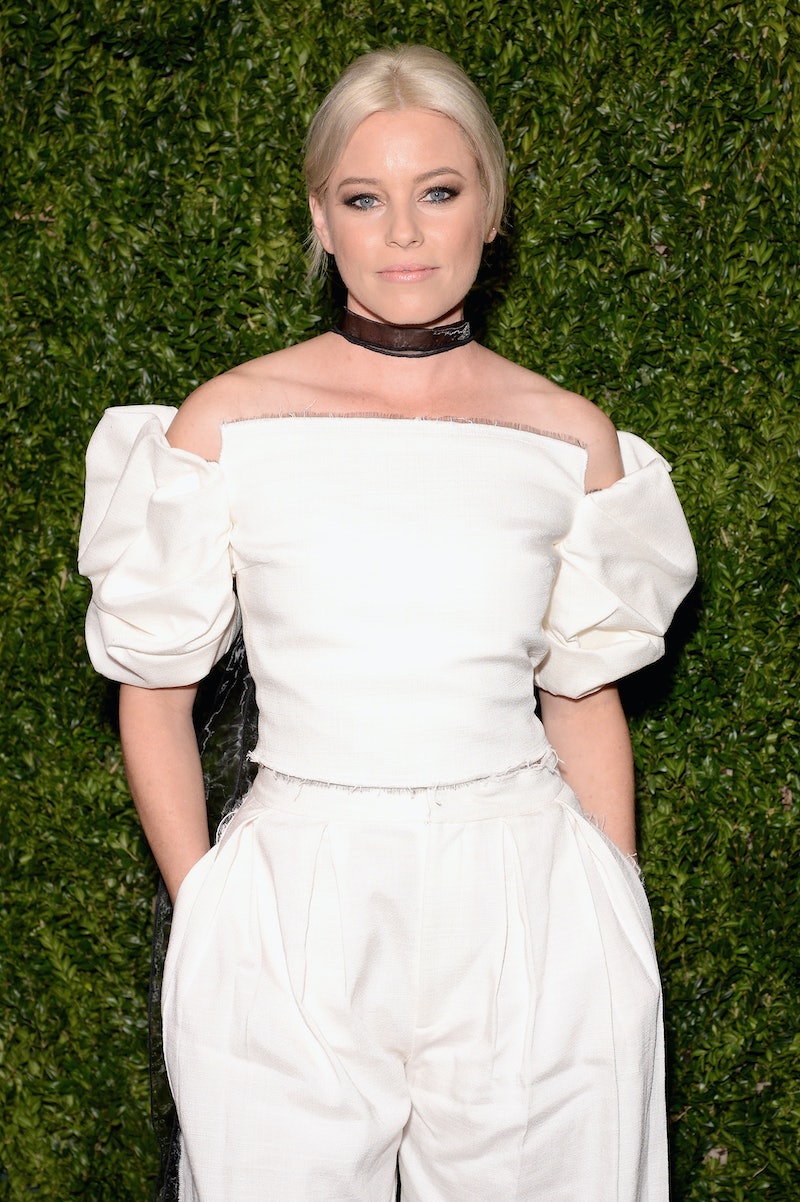 Stories about hitting rock bottom aren't always inspiring, unless of course, the person it's about overcame it and triumphed. Actor Elizabeth Banks experienced her low point when first starting out in Hollywood, and it was a moment she wasn't sure she'd rebound from. Yet since then, she's since gone on to earn over 80 acting credits, produce films, and direct the second installment of a little franchise called Pitch Perfect. Now, Banks joins YouTube and WhoHaHa for their Women in Comedy Program, mentoring female content creators. Because given her experience, she refuses to let them follow anyone's narrative but their own.

Banks is on a mission to "combat this idea that women are not funny," and explains her personal motivation in our interview at YouTube Space LA. She feels women's voices are being suppressed, especially on the internet, largely due to trolls. "I literally talked to people who said, ‘I don’t even want to call myself a feminist because I don’t want to get death threats,'" she recalls. According to the actor, this roadblock women face to creatively express themselves in the digital age is simply unacceptable.

Unfortunately, Banks can identify and has very personal experience with a hurdle women in entertainment constantly face: misogyny.

Banks recalls one of her "lowest, lowest points" that happened when she was first trying to break into the business. "I had a string of getting close to jobs but not getting them. I was taken to dinner by someone who I don’t want to name," she says. "I don’t want to put too much gender into it, because it is gendered, but at the same time it’s just sort of the actor’s plight." Ironically, the misogynistic advice Banks received that night was from a fellow woman in the business, which Banks says reflected just how bad the environment was.

When starting out, Banks took no job lightly. "I took every tiny character anyone ever gave me and was like, no small parts, only small actors, make the most out of every little opportunity that you get," she says. She would be so invested in her characters, no matter how small the roles were, that she'd offer input on how to make them more dimensional or stronger. "I was doing that in practice, but then I sort of stopped getting jobs for a little while."

The advice she then received was earth-shattering to a hopeful, highly dedicated, up-and-coming actor such as herself. The unidentified person called Banks uppity in what she refers to as a "know your role" conversation:

It basically was like, ‘You’re not getting the job because you’re coming with too many ideas, no one cares about your ideas. Just do it and you’ll be fine... Men don’t want to hear from uppity women about the fifth tier character in this movie when they have movie stars to deal with. You’re not a star yet so just know your role.

Needless to say, she was devastated. "The expectations people have for actors, especially actresses, is just like, ‘Show up, look pretty, and say the words,'" she says. "I cried in the shower for like a full hour after that dinner. I was like, I’m educated, I have so much to offer, I have so much to say, I just want to do the best job."

In that moment of feeling like staying silent was her only option, Banks questioned everything — her worth, her talent, and the industry as a whole — especially since the advice came from a woman. "She was not wrong. She was basically like, ‘You will get more jobs if you kind of just shut your mouth,'" Banks says. "It’s when I just realized this whole industry is — I knew already that it was pretty misogynistic and unfriendly, but it was just a moment when I [wasn't] sure what my value is as an artist. It was really low."

Clearly, Banks didn't let the experience defeat her. Fast forward to 2015, and she's calling the shots as director of a major studio film. Still, through her retelling, it's clear the experience has stayed with her and has become a thing that drives her, especially as a means of motivating other women to fight systems often working against them.

"I want to give a safe space for women online to be creative and be heard," she says. And stories like hers only prove how limitless the possibilities are, even with difficult adversities along the way.

More like this
At 28, Minnie Driver’s Personal Life Was “Falling Apart”
By Kate Dwyer
Sandra Bullock, Girlboss Extraordinaire
By Matt Harkins & Viviana Olen
'Derry Girls' Creator Teases Exciting Spin-Off Starring These Three Characters
By Olivia-Anne Cleary
Becky G Once Had A Fear Of Speaking Spanish. Now She's Topping The Latin Charts.
By Tess Garcia
Get Even More From Bustle — Sign Up For The Newsletter