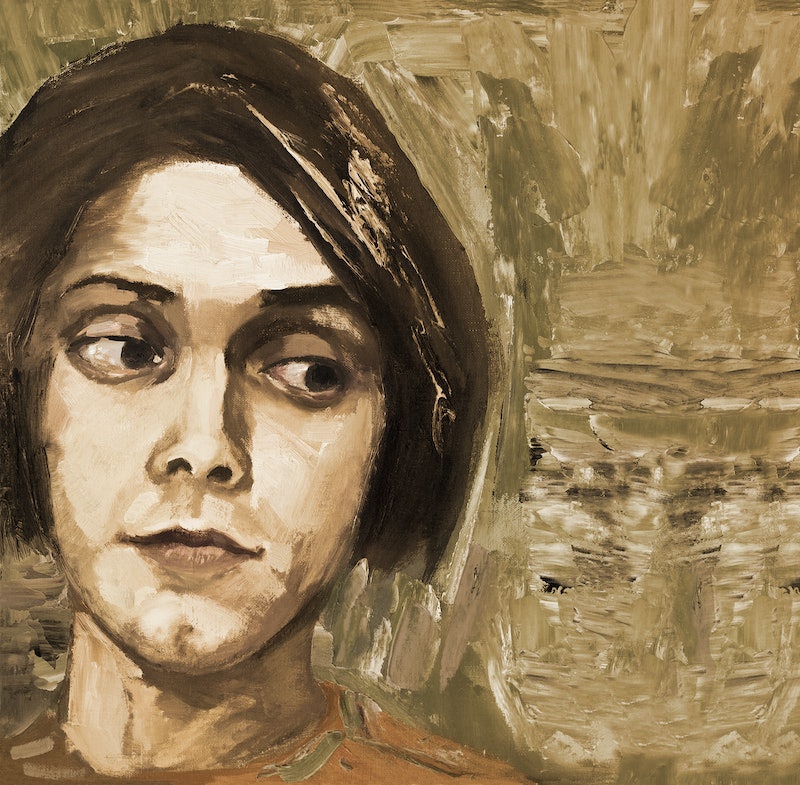 In K.M. Weiland’s upcoming fantasy novel Dreambreaker, readers are immersed in the world of main character, Allara — the queen of the kingdom of Lael, and possessor of the ability to travel between parallel dimensions. In the book, Allara is faced with a diplomacy dispute that truly tests her: She must weigh being a careful planner with her suppressed desire to obliterate her enemies with one fell swoop of the war hammer. It would be a natural dilemma for any INTJ Myers-Briggs type — and that’s on purpose.

That’s because in writing this conflict, Weiland didn’t just lean on Allara’s backstory (which she had already developed in her first award-winning fantasy novel, Dreamlander); she also dug into Allara’s Myers-Briggs type, and wondered: How would someone with a personality rooted in introversion (I), intuitiveness (N), thinking (T) and judging (J) act in such a situation?

Weiland isn’t alone. Fiction writers across genres are tapping the Myers-Briggs Type Indicator (MBTI) and its 16 personality types to get inside the heads of their characters. Overall, authors Bustle spoke to said they feel it helps them develop and accurately reflect their characters’ feelings, reactions, and tendencies.

“I think once you give into the Myers-Briggs system and cognitive functions, you see a kind of Atlantis,” Weiland tells Bustle. “You start seeing the world through it.”

You may know MBTI from work, school, or online quizzes and articles, like ones about which types are the best love matches or how each type organizes their life. The introspective self-report questionnaire indicates psychological differences in how people make decisions and perceive the world. First developed in 1943, the Myers-Briggs Type Indicator was based on psychologist Carl Jung’s emerging personality theories, though it didn’t become popular until the 1980s. Today, MBTI is the leader in a $2 billion personality test industry, according to The New Yorker, and is used in many different ways for various purposes.

Authors who tap it for fiction writing have their own unique approaches, with some turning to MBTI for protagonists and others leaning on it for supporting characters. Some Bustle spoke to look to it for character development consistency, while others value it for driving inter-character dynamics. Some start the writing process by taking a free version of the indicator (it’s explicitly not called a “test” because there are no "wrong" answers or "best" types to be) for their characters online, while others tap the types later for refinement.

While the personality tool is now commonplace in executive boardrooms and HR departments, its origin makes character development in fiction writing an especially interesting use case. Isabel Briggs Myers (who created the Jungian-based types with her mother, Katherine) was an accomplished murder mystery writer who is said to have based her characters on the types, according to Merve Emre’s book The Personality Brokers, which details the history of MBTI.

"If you understand which types aren't necessarily geared to understand [each other] or get along, you can create some really interesting dynamics."

Marta Koontz, a senior consultant and depth psychologist at The Myers-Briggs Company, today’s official publisher of the MBTI, tells Bustle that she has personally read Briggs Myers’ 1930 debut novel Murder Yet to Come and found that “the type preferences seem to be embodied within the characters.”

Writing, however, didn’t turn out to be a long-term endeavor for Briggs Myers. According to The Personality Brokers, she eventually devoted herself to spreading her and her mother’s work, a long process she pursued for decades. Throughout its slow rise to fame and still today, the MBTI’s legitimacy has been repeatedly questioned and denounced by individual psychologists and institutions. But to authors using MBTI, this doesn’t matter.

“Scientific or not, the [Myers-Briggs] indicator had always managed to spark a sudden and ecstatic perception of self-knowledge in its subjects, no matter their age, sex, education, occupation, or political leanings, no matter their initial skepticism toward its operations,” Emre writes in The Personality Brokers.

According to authors Bustle spoke to about MBTI, it’s useful in providing a lens for understanding where they focus their attention and how they take in information, make decisions, and deal with the world. They then apply this to how they perceive others in their lives, including their characters.

Weiland initially dismissed the concept of using the MBTI as a writing tool, but after discovering her own type (INTJ, just like Allara) helped raise her own self awareness, she began to see the indicator’s value in fiction writing. Now, Weiland turns to the MBTI for all characters, especially main characters and antagonists. The latter are typically the least accessible, she says, and she sees the types as an entry point for figuring out realistic motivations for why someone would do something perceived as bad or evil.

The types also help Weiland stay consistent and “gut check” her characters. And in addition to internal conflicts like Allara’s, she sees them as valuable tools for creating interpersonal conflict. “If you understand which types aren't necessarily geared to understand [each other] or get along, you can create some really interesting dynamics,” she says.

While Weiland is a committed user of MBTI, she uses it more as a guide and recognizes that it has its limitations. While she frequently consults the types, she chooses not to take the MBTI for a character she’s writing.

"Taking the Myers-Briggs test for any secondary characters receiving ample screen time helps ensure that they, too, feel as real as the people around me."

Fantasy and YA writer Claire Handscombe, whose debut novel Unscripted was released earlier this year, finds MBTI especially useful for point-of-view characters. She says it’s helped her overcome her tendency to only create people and situations that closely reflect her own life. And while it’s just one of the tools Handscombe (who is an ENFP or Extraverted, Intuitive, Feeling, Perceiving type) leans on for character development, MBTI has become a crucial step in her writing. Handscombe also uses kitschy online quizzes, as well as the Enneagram of Personality model and books like Eric Maisel’s What Would Your Character Do?, but she finds MBTI so helpful for crafting her characters that being unsure of a character’s type can actually throw off her writing process.

Take Handscombe’s protagonist, who is a food critic, in a story she wrote for last year’s National Novel Writing Month (NaNoWriMo), an annual challenge in which authors set out to write 50,000 words of a first draft in a month. “I was really stressed when I started because I didn't know what Myers-Briggs [type] my character was,” she said. She knew she needed to get a better understanding of her character to get comfortable writing the story.

Unlike Weiland, Handscombe does take an online MBTI-based test from the point of view of her characters. She also cross-references these results with other online personality tests, vigorously researches the types, and crowdsources for additional understanding on Facebook. In an attempt to work out the type of her food critic NaNoWriMo protagonist, for instance, Handscombe asked members of a Facebook group for food reporters where they fall on the Myers-Briggs scale.

“I actually looked at everybody's answers and I — this is so nerdy — but I basically tallied up how many Es, how many Is, how many Ns, etc. and figured out what type she would be from that,” she tells Bustle.

While that process didn’t quite work — “I’m still a little flummoxed by her,” she notes — she considers every attempt to dive into a character’s type a step in the right direction.

Kristen Kieffer, creator of the writer resource and community site Well-Storied, where she’s written a guide for authors on how to utilize MBTI, considers MBTI a “vital” part of the character development process. In her own writing, she turns to it for every one of her characters.

"Taking the Myers-Briggs test reminds me that people — and by extension, characters — are far too complex for any box or label."

Unlike others who see the indicator as most valuable for primary characters, Kieffer (an INFJ, or Introverted, Intuitive, Feeling, and Judging type), finds it especially insightful for secondary characters.

“Protagonists and antagonists naturally receive a lot of time and attention when it comes to character development, which can easily leave major secondary characters feeling flat,” she tells Bustle. “Taking the Myers-Briggs test for any secondary characters receiving ample screen time helps ensure that they, too, feel as real as the people around me.”

Kieffer also turns to MBTI to work out what drives her characters. She finds that digging into their types helps her discover their fears, flaws, and false beliefs, which she can then translate into internal roadblocks. She also sees the indicator as a tool for determining expository details that will round out her characters’ identities, like their relationships, culture, religious beliefs, and education.

Myers-Briggs can be an aid when writer’s block hits by providing a jumping off point. And when something just isn’t clicking, authors can refer to the types to sharpen the lines of their characters’ personalities. And while it may seem that MBTI encourages putting characters into boxes, that doesn’t have to be the case — it can instead be a way for authors to further develop their characters.

“It’s in my nature to want to simplify and itemize everything around me. I like clean lines and clear labels,” Kieffer says. “Taking the Myers-Briggs test reminds me that people — and by extension, characters — are far too complex for any box or label. It helps me look beyond two or three major personality traits and truly consider the rough, complicated, messy nature of humanity.”

More like this
5 Gripping Books To Read From Women’s Prize For Fiction Winner Ruth Ozeki
By El Hunt
10 Must-Read New Books Out This Week
By K.W. Colyard
'The Summer I Turned Pretty' Book Ending Is An Emotional Rollercoaster
By K.W. Colyard
Nina LaCour Had To Grow Up To Write 'Yerba Buena'
By Casey McQuiston
Get Even More From Bustle — Sign Up For The Newsletter