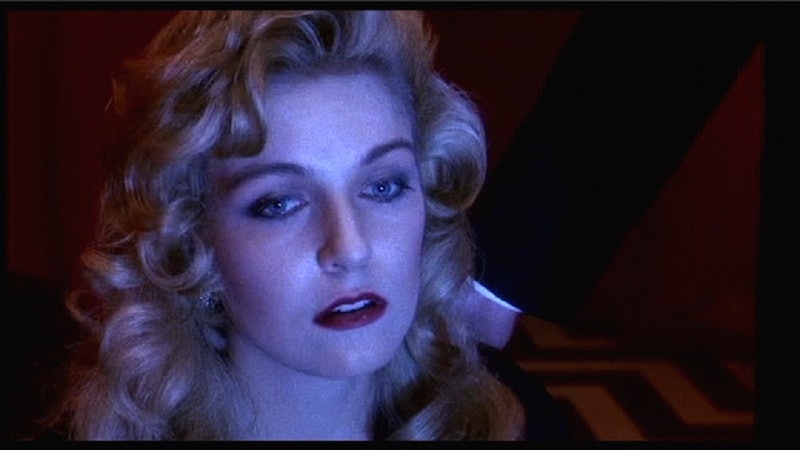 The lifeless, beautiful, and plastic-wrapped body of Laura Palmer in the pilot episode of Twin Peaks is iconic. Blue lipped and tranquil, the tragic character was immediately compelling. She was also, however, completely detached from a story that seemingly revolved around her. Since then, many critics have theorized that Twin Peaks started the pretty, dead girl trope, wherein sensationalized images of beautiful, murdered women act as entry points to a mystery that fails to give agency to them. What many critics often fail to address, however, is that David Lynch's prequel-movie, Fire Walk With Me, subverted the pretty, dead girl trope in a way that acts as a crucial response to the passivity of Laura's story in Twin Peaks.

If you've watched a crime mystery or police procedural show in the past decade, then you likely know the pretty, dead girl trope all too well. It showed up in True Detective and The Killing, and is repeatedly used as a tiresome plot device in shows like Criminal Minds, CSI, and Law And Order: SVU. Within the trope we know only two things: The corpse of the beautiful, young woman, and, over time, the devastating narrative of her life and murder. As dictated, that is, by the (often male) detectives investigating the case, and the people who (supposedly) knew her.

In Twin Peaks, we slowly discover all of Laura's shocking secrets through Special Agent Dale Cooper's investigation of her murder. We learn all about her sex work, hidden relationships, cocaine addiction, and the horrific sexual abuse she endured at the hand's of her Father (while possessed by BOB.) Throughout the show, we're also given reminders that Laura's young, perfect beauty is now frozen in time by death — the camera often lingering on Laura's homecoming portrait in the Palmer household, eternally encased in a shining frame fitting for the town's golden girl.

In Fire Walk With Me, however, we're given a meticulous, personal insight into Laura's life that allows her to step beyond the golden frame of that homecoming portrait and the plastic sheeting of her death. In experiencing her savage, final days of living, we're allowed the opportunity to re-contextualize Laura's identity. We aren't forced to understand her horror only through hearsay, opinion, or cryptic imagery. We're given full, grueling access to her on a personal level, so that we can glimpse her fully — faults and all —as she descends into the hell of her final days.

According to the book Lynch On Lynch, the staggering rawness of actor Sheryl Lee's presence inspired the director to make Laura more than just the pretty, dead girl he'd hired her to portray. Explaining how the actor captured his imagination, Lynch said, "I was in love with the character of Laura Palmer and her contradictions: radiant on the surface but dying inside. I wanted to see her live, move, and talk."

And for the best part of Fire Walk With Me, we're fixated solely on Laura's life, movements, and words. And within this fresh perspective, she's no longer the victim she was portrayed as being in Twin Peaks, shaped as she was by the heartbroken testimonies of the many men who loved her, or at least fantasized about her. Instead, Laura is reborn in Fire Walk With Me as a triumphant, if ultimately doomed, survivor. She's a hero that isn't defined by the men in her life, or the man (and entity) abusing her. She's a complicated teenage girl, living through the trauma of immense sexual abuse. And doing so on her own terms and without apology.

We see the character how she was, not how other people experienced her, and it makes for an empowering counter narrative to Twin Peaks' fetishization of Laura. The resulting character that we witness is an exhausting frenzy of conflicts. She's vulnerable but cruel, petrified yet resilient, and seemingly full of life while an unimaginable evil is slowly consuming her. Even in the face of experiencing some of the worst sexual atrocities imaginable, Laura still manages to reclaim her sexuality as something she can still find joy and solace in.

When we see her getting high in the Bang Bang Club, stripping off her clothes, and flirting with men twice her age, there's a feeling of immediate concern for the young character. However, as we watch her struggling to talk over the noise of the club — the music so loud that the scene requires subtitles — there's a look of pure bliss on her face, and it's clear that her pursuit of hedonistic oblivion is therapeutic for her. In Laura's life, the whole world is like the thunderous din of the Bang Bang Club, and all of her vices, for better or worse, provide the silence she needs to be heard on some level, and to live through it.

The irony, of course, is that she isn't given the chance to live through it. However, what Fire Walk With Me makes clear is that her death has nothing to do with her vices. She could be as clean cut and sweet as her Homecoming portrait implies, but it wouldn't save her from her eventual fate. In Fire Walk With Me, Laura is staring straight into an unavoidable abyss, and we're listening to her scream into it. Twin Peaks simply showed us how she looked when she was dragged out of there.

While the show takes it's time to slowly reveal all of Laura's vices and secrets, each one rolling out like a checklist in an exercise of victim blaming — the sex work, the drugs, the many, many boyfriends —Fire Walk With Me is loud and unapologetic in presenting their reality, and reclaiming Laura's agency as a survivor, not a victim, in doing so. That reality isn't always pretty to engage with during the movie. In fact, it's loud, brash, and it's ugly. But it's a hell of a lot better than trying to engage with the decayed beauty and silence of a pretty, dead girl. And it's all the more powerful for it.