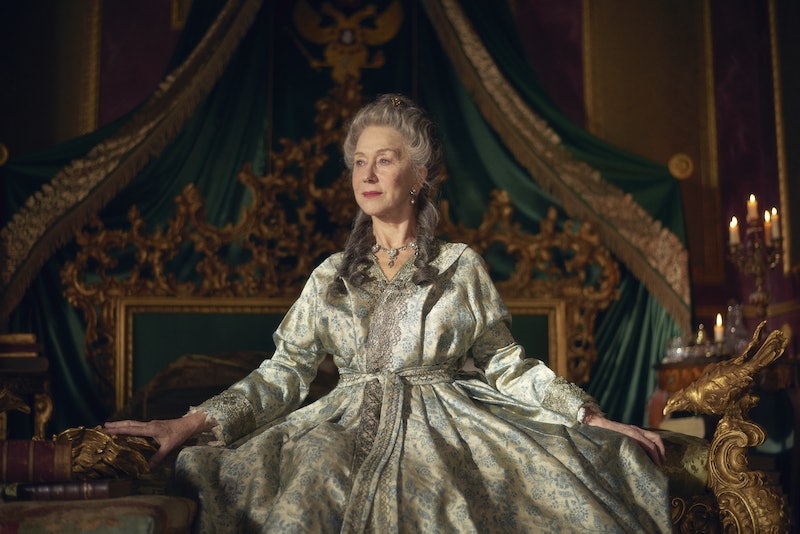 Adapting and dramatising real events for television can be difficult, especially if they took place centuries ago. However, for HBO and Sky Atlantic's upcoming royal series on Catherine II's 34-year reign of Russia in the 1700s, there is plenty of historical material to draw upon. So how historically accurate is Catherine the Great, and was it a complicated task to break her iconic story down into a limited series?

Described by HBO as a series that "will follow the end of Catherine's reign and her affair with Russian military leader Grigory Potemkin," it gave those behind the show a smaller window of the Empress's life to focus on. And this part of her life was very true indeed.

After dethroning her husband Peter III by staging a military coup in 1762 (with the help of Potemkin), Catherine became the ruler of Russia and led the country into a prosperous new era. As Radio Times writes, under her reign "Russia flourished and expanded in size, colonising outwards and spreading into the Ottoman Empire and even Alaska".

Initially born from Helen Mirren's wish to play the Empress, Catherine The Great explores the era that made her into the iconic ruler that she became. "It's the era really that made her into Catherine the Great, the second part of her life, after the death of her husband, Peter," Mirren told The Telegraph. "Before that, she was just Empress Catherine, a German who, when she arrived, didn't speak any Russian."

While there is an importance on making sure the series is historically accurate to an extent, Mirren also wanted to challenge misconceptions that history has bestowed upon the Empress. "The closest I can get to it was that she thought like a man and she had the same attitude to her sexuality that men have to theirs," the actor explained.

"History doesn't like very successful, very powerful women. And it is terrible the way history has judged Catherine."

Mirren admitted to The Telegraph that she didn't know much about Catherine when she expressed her interest in playing her. But after researching and reading the Empress's letters, Mirren began to connect with her. "[T]he most rounded understanding from her I gleaned from her letters," she told the Evening Standard. "It is a miracle in fact that the letters survive and there are volumes of them to Potemkin, Voltaire, friends, ambassadors, Paul her son, and to her husband before he was murdered."

Through these letters, and numerous amounts of literature on the Empress, Catherine the Great is able to be pretty historically accurate and also serves as a chance to rewrite her history in some ways. Which is something that Mirren set out to do after learning more about Catherine.

"I want to readjust her standing in history, to right the wrongs of how she is represented in the history books," Mirren said. "The price Catherine has paid for being a successful ruler... to fight the Ottman Empire, to build, to expand, to keep Europe in its place, to quash revolutions... has been brutal."

Catherine the Great starts on Thursday, Oct. 3 at 9 p.m. on Sky Atlantic.