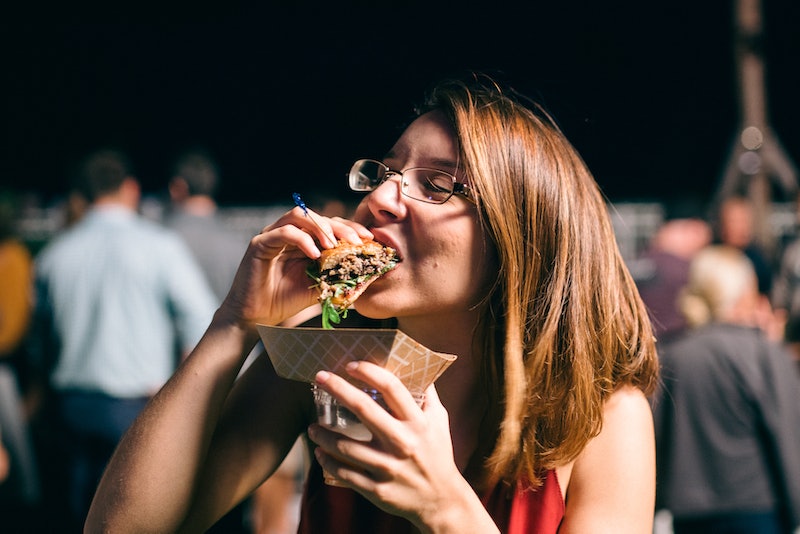 When I decided to go vegan over seven years ago, I was simply curious. I had a bunch of friends who had been living on a diet without animal products, and I wanted to see if I could do it too. I was curious about a vegan diet's health benefits and had always been an animal lover.

Over the years, I had experimented with giving up various meat sources: I stopped eating red meat entirely 20 years ago, after watching a TV special on cow farms and the deplorable, violent acts the animals suffered during their short, sad lives in captivity (I continued to eat chicken and turkey even though people said they were victims to similar acts; I hadn’t watched those specials, which justified my willful ignorance at the time). There was my vegetarian stint in college, the pescatarian phase post-graduation.

In all honesty, I wasn’t sure if I could go completely vegan, but decided I would try it out for four months, Labor Day through New Year’s, to really give it a chance. Within that first month, I had so much more energy, realized I was lactose intolerant, and just felt really good overall in my body in a way I never had before. In those first few weeks, I knew this was something I was going to do beyond the four-month time limit I’d set upon myself. I decided I would go vegan until I didn’t want to anymore.

My vegan friends were thrilled; my non-vegan friends not so much. “Why would you willingly want to do that to yourself?” a coworker asked, a scowl on her face as her eyebrows inched closer together in disgust. It felt as if my dietary choice had personally offended her in some way. I shrugged my shoulders, feeling belittled by someone I thought was my friend, a feeling I would come to experience from many other friends and family members after I became a vegan. Whenever there was a party in the office or someone was ordering takeout for lunch, I got used to the “Oh, right, you can’t because you’re vegan” response I received whenever I politely declined a food offer.

I have found myself actually sometimes apologizing to folks when I explain I am vegan; showing up to parties with a dish, whether or not I was asked to, just to ensure I can eat something. “Sorry, I’m vegan,” I say with a shrug and a smile, as I push the dish into their hands.

This is a response I have come to expect still, all these years later. It is confusion mixed with defensiveness; it’s almost as if others feel threatened, a sense that they think I believe I am better than they are because of my dietary choice. They can’t possibly imagine a life without the things I do not eat: prime rib, T-bone steak, foie gras, cheeseburgers, chicken masala, pastrami on rye, cheese, turkey sandwiches, lasagna, ice cream, sushi, more cheese. And just like my coworkers, they are quick to dismiss me, afraid I am trying to convert them or reprimand them for how their diets affect the animals they are consuming.

Much as I would love if everyone actually were vegan for the animals’ sake, let me be clear that I was never out to change anyone: I chose this diet for myself because it makes me feel good inside and out. But given all the negativity and hostility I have experienced just for the way I eat since, part of me is surprised that I have continued on this path this long. Because I have been met with such a lack of understanding, I have found myself actually sometimes apologizing to folks when I explain I am vegan; showing up to parties with a dish, whether or not I was asked to, just to ensure I can eat something. “Sorry, I’m vegan,” I say with a shrug and a smile, as I push the dish into their hands.

I have never been outspoken about my dietary choices for fear as coming off as holier-than-thou. All I want, really, is to be accepted for being myself and for my decisions — so when I make new friends who are vegan, there is an instant connection, a bond: You know what it’s like! I don’t have to apologize to you! I am free to be me! You are free to be you! No guilt, no defensiveness. We are able to just be.

Recently, I was in Miami for SEED Food and Wine, a plant-based, conscious-living fest — the largest one of its kind. There, not only did I not have to worry Can I eat this?, but I also got to hear from a bunch of movers and shakers in the plant-based community about their journeys and what brought them to embrace and advocated a vegan lifestyle.

There was former NBA champion John Salley, who realized that he could get older (he is now 52), yet still feel youthful by adopting a plant-based diet. Nationally-certified fitness trainer and motivational speaker John Lewis (aka @badassvegan) admitted that he went vegan for selfish reasons: his mother had been diagnosed with cancer, which her doctor had attributed to her diet full of animal protein and fried food, so he cleaned up his act — and his body —and now helps others to do the same. New Zealander Tim Moore shared his body-hating experience as a kid and how it has helped fuel his passion for working out, healthy eating, and sharing where you can get the best vegan meals in L.A. via his Instagram feed (@veganfatkid). Dominick Thompson is outspoken about animal activism, but also a living and breathing testament to looking good and feeling great eating a vegan diet (seriously, check out his massive muscles and equally massive heart at @domzthompson and craziesandweirdos.com).

As I sat there and listened to the stories of dozens of other speakers and attendees I met at the fest, I felt inspired by their passion. It felt so inclusive, even for those who weren’t vegan. I felt proud to be among them, proud that I had trusted my gut — literally and figuratively — to do what was best for me and hear the stories of others who did the same. So proud, in fact, that by the end of the weekend, after all the talks, after all the food tastings and gourmet dinners from world-renowned chefs, I did something I never thought I would do: I added the term vegan to my Instagram bio, something I was never comfortable doing before attending SEED. After days of taking pictures and posting to my feed replete with all the vegan hashtags I could think of, after the likes and support from virtual strangers, I finally felt empowered to be one of them.

Me, vegan and proud. No more apologies. It’s taken me some time to get here, but I’ve finally arrived.