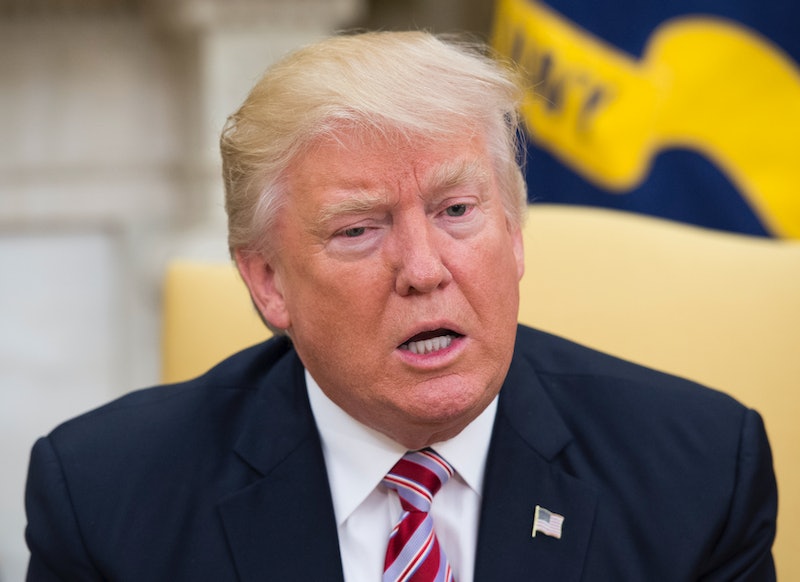 The last special prosecutor appointed by the Senate was Ken Starr — a name forever linked with his controversial efforts to prove then-sitting President Bill Clinton had lied under oath about his sexual activity. But it's worth remembering the Starr precedent, since the possibility of foreign interference and influence at the very highest levels of American government is at least as egregious a presidential offense as lying about marital infidelity. However, getting a Senate-appointed special prosecutor to investigate the ties between President Trump, his inner circle, and Russian influence would be a long process.

For starters, the Senate does not currently have the law on its own books to grant it the authority to call up a special prosecutor. Remember Ken Starr? Yes, it was in the wake of his overreach that the Senate let the law expire allowing the upper chamber to appoint an independent investigator. Anyone old enough to remember the '90s will recall daily headlines and television news coverage dominated by stories that made more sense on a tabloid rack. Much of the blame for that deep dive into the details of a president's personal life came courtesy of Ken Starr.

At any rate, the Senate would first need to reauthorize the law bestowing itself with authority to appoint a special prosecutor. And that seems unlikely in the GOP-controlled body.

Democratic Senator Chuck Schumer is asking for exactly that, however. And it's possible his calls will eventually be heeded, if not now, then in 2018. The firing of James Comey strikes many as eerily reminiscent of another scandal-laden era of American politics — the Whitewater investigation that ultimately forced President Nixon's resignation.

Americans are aware that the last time a sitting president fired the person heading up an investigation into him, it was because all the smoke of allegations belied an actual fire of wrongdoing. In Nixon's case, he had illegally tried to cover up interference with his campaign opposition. In the case of Trump, it remains to be seen what evidence emerges. But it looks increasingly definite that the probe into his ties to Russia causes him great frustration. And anger is often the public face of fear.

So, while it remains a long shot that Democrats can flip the Senate in their favor in the 2018 mid-term, if doing so means a special prosecutor will be appointed, it's possible voters will bless that effort.

As of now, the likeliest path to a special prosecutor would be through Deputy Attorney General Rod Rosenstein. The Department of Justice currently has the ability to assign an independent counsel to a case, no special law required. And since Attorney General Jeff Sessions has recused himself from all Russia-related investigations, Rosenstein is next in line for making the appointment of an independent counsel.

Outside of an independent investigator, Congress has other means of looking into the Trump administration ties to Russia. One would be what Sen. John McCain has requested — a special congressional committee.

Whatever route the Senate chooses, it is imperative that the ouster of James Comey does not end the investigation into Russia's ties to the Trump administration.