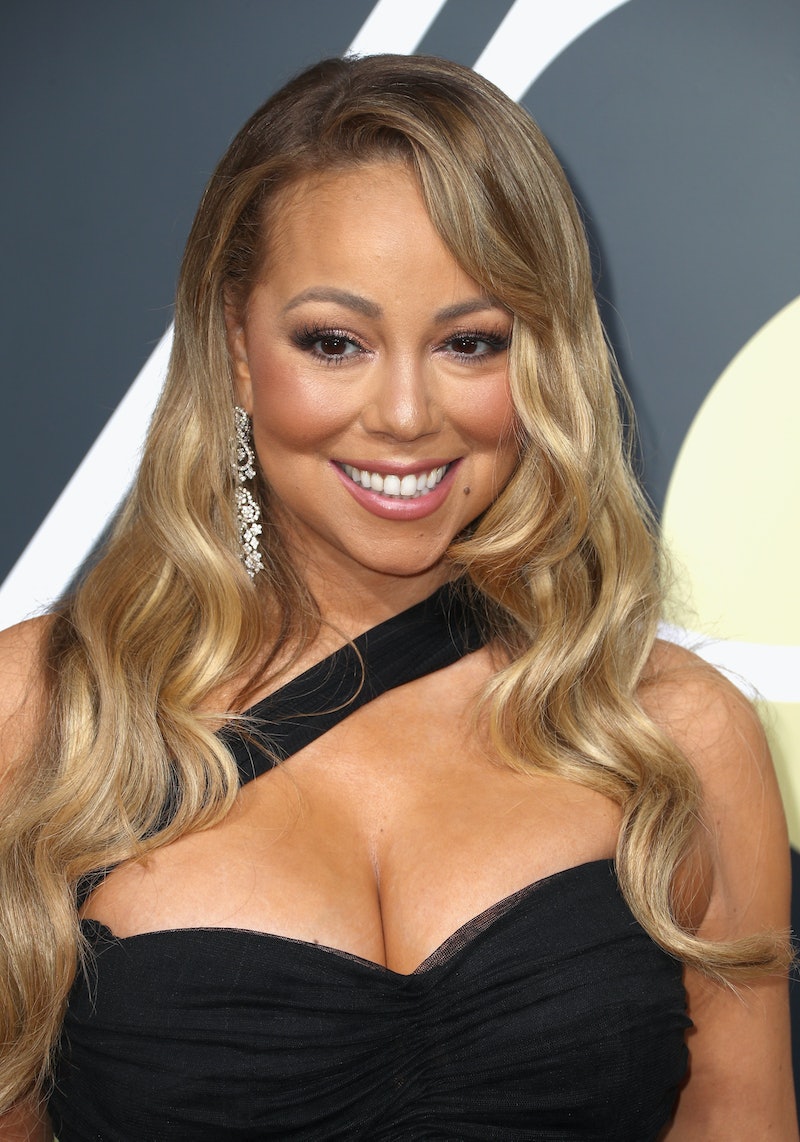 Millions of people in the U.S. have bipolar disorder, and in the latest issue of People, Mariah Carey revealed she's one of the 2.8 percent of Americans who live with it. In an April 11 tweet, the singer said she's "grateful to be sharing this part of my journey" with the world and posted a snap of her People cover, where, in an effort to help reduce the stigma surrounding mental health, she talked openly about how she was diagnosed with bipolar II disorder in 2001, and how having bipolar disorder has affected her life. Since education is a big part of reducing stigma, now's a good time to brush up on the differences between bipolar I and bipolar II, since there's a good chance someone in your life will have one of them.

You may have heard bipolar disorder referred to as "manic-depressive disorder" in the past, and that's because "all types of bipolar disorder are characterized by episodes of extreme highs and extreme lows," according to Healthline. Patricia Allen, psychiatric mental health nurse practitioner and executive director of medical services for Summit Behavioral Health, tells Bustle a major difference between bipolar I and bipolar II lies in the form of mania a person experiences. "If a person has experienced mania, the diagnosis will be bipolar I. A person with diagnosis of bipolar II has episodes of hypomania and depression but with less severity."

Hypomania involves an episode like the one Carey describes — "an emotional state characterized by a distinct period of persistently elevated, expansive, or irritable mood, lasting throughout at least four consecutive days," according to PsychCentral. Hypomania also generally doesn't "significantly impact a person's daily function," doesn't involve psychotic symptoms, and usually doesn't require a person to be hospitalized, PsychCentral reported. Allen says a person who is hypomanic "is usually highly intelligent, creative, and successful."

Life-disrupting episodes of mania (which is more severe than hypomania), however, are a hallmark of bipolar I. Folks with bipolar I can experience manic episodes with symptoms like "exceptional energy," may be restless and have trouble concentrating, may have "feelings of euphoria," may have poor sleep, and may exhibit risky behaviors, according to Healthline.

In both bipolar I and bipolar II, people will experience depressive episodes, and according to Allen, this can sometimes lead to trouble diagnosing people. Carey wasn't diagnosed until she was in her early thirties, after she was hospitalized for a breakdown, which is common, Allen says. "Bipolar disorder can occur in children, adolescences and adults," she explains. But, "Unfortunately, is often not diagnosed early enough. If the individual is in a depressive state their primary care doctor may diagnosis them with depression and prescribe an antidepressant. This can worsen the symptoms and possibly bring on mania."

Allen adds, "Symptoms may be present for years before a diagnosis of bipolar is made. Consequently, by the time a diagnosis is determined, the person may have significant problems in many aspects of their life."

Both bipolar I and bipolar II will progress if not treated, Allen says. "It is a chronic disorder that requires medication for mood stabilization." She notes that some people with hypomania can enjoy the feeling of being "up" and productive, and cautions anyone who experiences hypomania that the "up" isn't worth not getting medication or going off medication that's already prescribed. "[W]hen someone stops their medication, symptoms will return, usually worse than before and it is harder to get back to baseline," she says, adding that understanding someone's concerns about medication is one of the most important things for successful treatment.

If you suspect you may be showing symptoms of bipolar disorder, you should speak to your healthcare provider as soon as possible. And if you have bipolar I or bipolar II, hopefully hearing Carey's story will help you know you're far from alone in dealing with this mental illness.