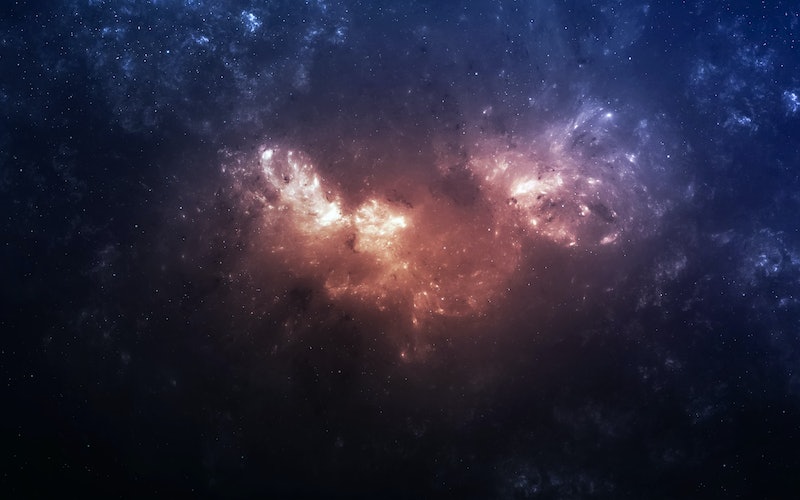 Most of the time, saying that the universe is against you is a surefire way to get yourself accused of being dramatic. "Don't play the victim!" you might hear in response. "The universe isn't the boss of you!" While this might be true the majority of the time, there are, in fact, moments when the universe is the boss... and a cruel one too. One of those moments is upon us, because Jupiter and Mercury are about to be in retrograde at the same time. I know — it just sounds bad. Before you truly panic (though some of your panic might be warranted), let me tell you more about how Jupiter retrograde and Mercury retrograde happening at the same time will affect you, based on your sign.

First, a brief astronomy lesson, because while you're probably used to hearing about retrogrades when they're happening, you may not be totally familiar with what the word actually means. According to AstroStyle, when a planet is in retrograde, it appears to be spinning backward from our vantage point on Earth. This occurs because the Earth's orbit around the sun is outpacing other planets outside its orbit. Hello, retrograde.

Per the calendar from Astrology Horoscope Readings, Mercury will enter such a period of retrograde on Mar. 22, and since Jupiter started a four-month retrograde on Mar. 9 — according to Astrology King — you can only imagine the double dose of mayhem that we're about to deal with. In an effort to find out just how bad it's going to be, Bustle spoke with NYC-based astrologer Lisa Stardust to get the deets.