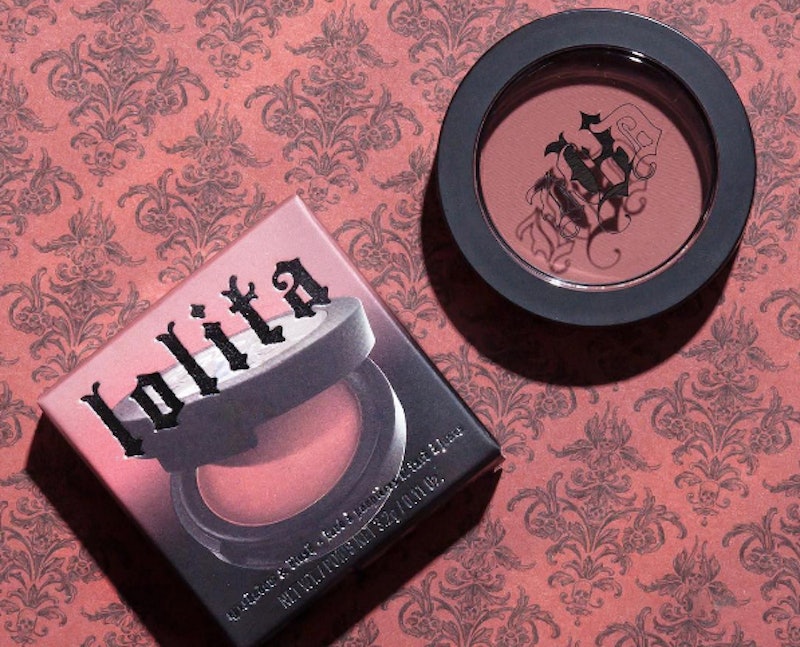 Odds are that you're already completely obsessed with the Lolita Everlasting Liquid Lipstick. Well, now you can use the shade literally all over your face, and the creator is showing you how. Kat Von D wore the Lolita Eyeshadow on her eyes, lips, and cheeks, proving that the shade might just be the brand's most versatile yet. After seeing all the ways to wear this shade, you'll be counting down the days util you can add it to your makeup bag.

When it was first announced that Lolita would be available in a new makeup formula, people went crazy. The Everlasting Liquid Lipstick shade is already so popular that it has been released in the Studded Kiss formula and it also inspired the shade Lolita II. Now, it's getting its time to shine on the eyes and cheeks as well. Who better to show people how to wear it than the creator of the cult classic shade?

Kat Von D took to Instagram to show off her Lolita look, and it is incredible. She featured the single shadow on her eye, focussing on the outer corner and the crease. She paired the look with her also cult classic Tattoo Liner and, of course, Lolita on the lips. One look and you'll be instantly obsessed.

The brand also says on their Instagram that it can be used as a blush. It's hard to say if Kat Von D added some in the photo, but, if so, it has the perfect light pink glow. She even says in her Instagram post that she "never thought [she'd] be addicted to one single shadow until now."

If you're as obsessed with the shade as I am, you'll be happy to know that you don't have much longer to wait. According to Kat Von D's Instagram post, the shade will be available on June 6, which happens to be the day before the next Everlasting Flash Sale. Unfortunately, it is limited edition.

I'm crossing my fingers that people love this shade so much that the brand makes it a permanent addition to the site. Because this color will look stunning all year 'round.