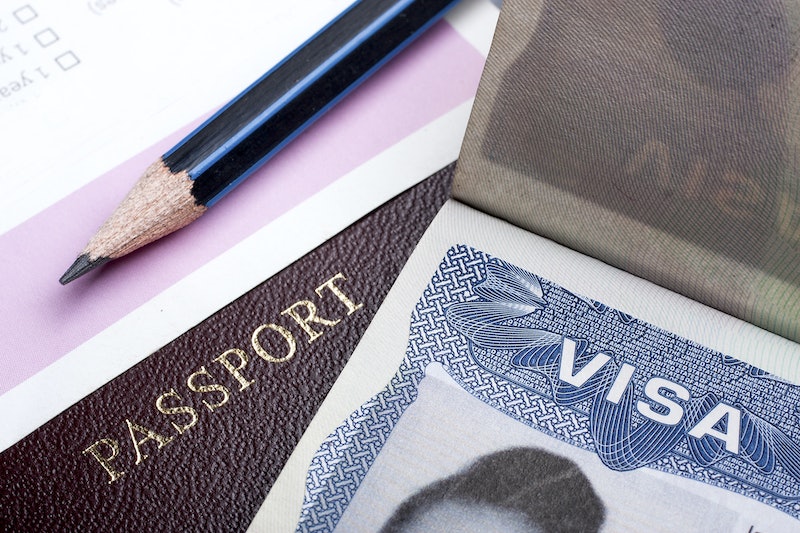 So you loved your Euro trip so much you don't ever want to leave, and you find yourself wondering how long you can stay in Europe without a visa if you're a U.S. citizen. Or, you're considering a long distance relationship and want to map out the possibility of love based the possibility of your visits. Either way, you're not alone. The search terms alone for "how to stay in Europe as a U.S. citizen" yields thousands of results. And while there's a lot of information out there about visa rules and restrictions, the verbiage is incredibly complicated and can vary from country to county. And with fines and deportation at stake, it's not something you really want to guess-timate. So, here are the rules:

Though sometimes we refer to Europe as a singular unit, not every country within the EU operates the same, especially when it comes visas and travel restrictions. Included in the Schengen Area, aka the 26 countries within Europe that do operate as a single unit, are:

However, though this is the standard rule, this isn't always the case. If you travel to a non-Schengen member country in Europe, like the United Kingdom, there are different rules: In the U.K., for instance, you can stay for up to 180 without a visa. Conversely, in Belarus, you can only stay for 30 days without a visa.

Again: Though you can only stay in the Schengen Area for 90 days, those days are counted only within a 180 day period. In other words, every six months, your travel allowance is reset, and you get 90 more days. So, theoretically, if you wanted to stay in Europe for more than 90 days, you could pop over to the UK, a non-Schengen country, spend 90 days, and then go right back in, via the Schengen Area.

Schengen Area Countries That Agreements With The U.S.

Now, loopholes: The following countries have something called a "bilateral agreement" with the United States:

During that time you can't work or leave, and according to many message boards for travelers who have utilized this loophole it's technically up to border patrol to decide whether or not to allow you to stay for the additional time, as there have been efforts recently to revoke the rule — so don't make plans without checking with the embassy and the border.

Whatever you do, make sure that you abide by the restrictions diligently, as you will be subject to a fines and deportation. In some cases, you can even be banned from future travel in the Schengen countries, so if the goal is to spend more time in Europe, following the rules is going to make it easier for you to do so.

More like this
Craving The Beach? Here's Your Guide To A Solo Vacation In Turks & Caicos
By Alexis Morillo
64 Genius Gift Ideas For Every Single Guy In Your Life
By Teresa Newsome, Mia Mercado and Brittany Leitner
The 5 Best Laptop Power Banks
By Vanessa Spilios
Here’s Your Daily Horoscope For September 27, 2022
By Mecca Woods
Get Even More From Bustle — Sign Up For The Newsletter