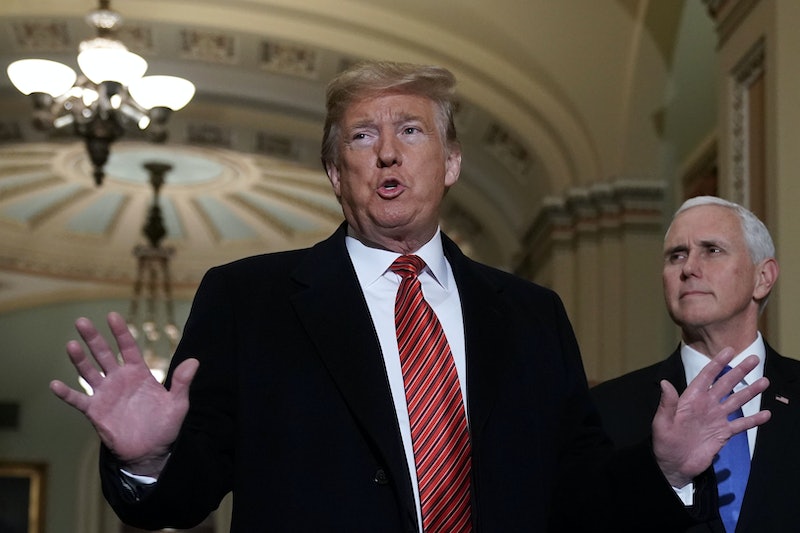 President Trump will declare a national emergency at the southern border, the White House announced Thursday. The decision came after Congressional Democrats repeatedly refused to allocate the $5 billion in border wall funding that Trump requested, and the president's move may have you wondering exactly how long a national emergency lasts.

The National Emergencies Act of 1976 states that by default, a national emergency lasts for one year. But the president can change this, either by declaring the emergency over before the first year is up or, alternatively, by renewing the declaration within 90 days of its one-year expiration date. In addition, Congress can end a national emergency once it's in effect, but this requires a two-thirds majority vote in both houses.

The National Emergencies Act states that Congress must meet every six months and vote on whether or not to approve any declarations of emergency that are in effect. According to USA Today and Lawfare, however, Congress has never once done so.

The fact that 31 national emergencies are still in effect, all but two of which were declared by Trump's predecessors, speaks to how enduring they can be. The most extreme example of this is the first national emergency declared under the act: Executive Order 12170, which froze Iranian government assets in the United States and is still in effect today. Carter issued that order in 1979, 10 days into the Iranian hostage crisis, writing that "the situation in Iran constitutes an unusual and extraordinary threat to the national security, foreign policy and economy of the United States."

The hostage crisis has long since ended. However, every U.S. president since Carter has extended his national emergency declaration, and as of this writing, Executive Order 12170 is still in effect.

Although the White House has confirmed that Trump will sign a national emergency declaration, it's unclear exactly how he will use it. Some of the president's supporters have claimed that doing so will allow him to free up funds for a U.S.-Mexico border wall that Congress has been unwilling to provide, but critics argue that any wall-building action Trump takes under the auspices of a national emergency would immediately be challenged in court. In addition, many people — including Speaker of the House Nancy Pelosi — have pointed out that Trump's move will set a precedent for future Democratic presidents, clearing the way for them to enact progressive policies through national emergency declarations.