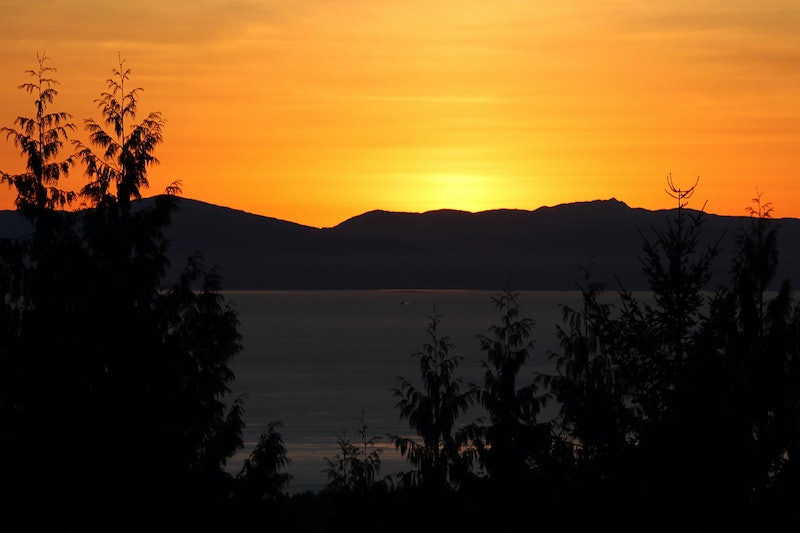 If you live in the Northern Hemisphere, you might have noticed that daylight has been seriously rationed over the last few weeks. With the winter solstice approaching on December 21, 2018, we're getting closer to the sun's most stingiest day ever, aka, the winter solstice. Just how long is the shortest day in 2018 you ask? It's too short. Though the amount of daylight that you will have depends on where you live in the Northern Hemisphere, we're all getting a massive cut in sunlight on Dec. 21. In fact, it's the shortest day of the entire year, meaning you might as well just stay in your pajamas, because once you get out of bed, you'll be getting right back in. I mean, not really, but it definitely might feel that way to people living in the norther parts of the country.

In comparison to the longest day of the year, aka, the summer solstice which occurs on June 21, the winter solstice will be on average, depending where you live, over three hours shorter. When you think about how much daylight we get on average, which is between about eight and twelve hours, that's a pretty big shift. But in order to see just how short your shortest day of the year experience will be, you'll have to locate your position first. Here I've broken down the duration of daylight for each area in the U.S.

Northern Border Of The U.S.

If you live in the northern-most part of the U.S., bordering Canada, you'll receive the least amount of sunlight in the country, ranging from eight hours, to nine hours. You're the closest to the arctic, so you're the farthest away form the sun's rays on this day. This will be a rough and dark day for you, so brace yourself for it!

Middle Range Of The U.S.

If you live in the upper-to-mid-range of the U.S., you'll receive an average of nine to ten hours of sunlight during the winter solstice. Realistically, because you've been gradually working your way toward this amount of darkness, you might not notice the decrease in daylight on this day in particular, it might just feel exactly like Dec. 20 did. So if you're not paying attention, the winter solstice won't really bother you, though you might notice your walk home from work will feel a bit darker if you leave at the same time everyday.

Southern Border Of The U.S.

If you live in the southern-most part of the U.S., bordering Mexico, you'll get the most amount of sunlight during the winter solstice with ten to ten and a half hours of light. Aka, if you live in this area you don't get to complain about a lack of sunlight, not only are you getting much warmer weather, but you're getting up to two and half hours more sunlight than the northern part of the country. If anyone in the southern part of the country wants to trade places, please let me know.