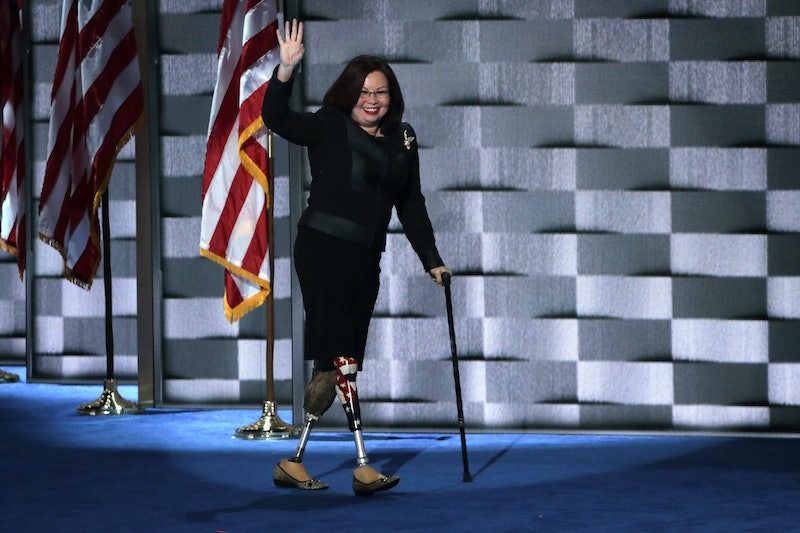 One of the largest minority populations in the United States is a group whose voices and stories are not often heard in conversations about inclusivity. People with disabilities represent about 12.6 percent of people living in the U.S., yet representation of disabled people, especially in media, does not always reflect the full reality of their lives. A recent report from Pew Research Center lists seven facts about Americans with disabilities, helping give a clearer picture on who we need to be including in these conversations.

More than one in eight Americans have a disability, according to Pew’s most recent information from 2015. That works out to be roughly 40 million people in the U.S. who have a severe impairment when it comes to one of six areas as measured by Census Bureau’s American Community Survey: hearing, vision, cognition, walking or climbing stairs, difficulty with self-care, or difficulty with independent living. That number does not include people who are living in institutions nor does it include people who have less severe disabilities. When you look at the percentage of non-institutionalized people in the U.S. who had any degree of disability in 2010, within the aforementioned measurements, that number jumps to about 18.7 percent.

Age is also a significant factor in the likelihood of having a disability. Almost half of people ages 75 and older have a disability. The same is true of more than a quarter of Americans ages 65 to 74. However, people ages 35 to 64 make up the largest age demographic of people with disabilities, at 16 million American in 2015.

While certain demographics are more likely to have a disability, disabled people are part of every social, economic, and racial demographic in the United States. There are disabled people who are black, white, brown, gay, straight, bi, male, female, trans, Christian, Muslim, Jewish, and every demographic beyond and in between. To put intersectionality into a sentence: Those one in eight Americans with a disability have lives and identities beyond “disabled.” Such is true of everyone.

When we talk about health care rights, women's rights, civil rights, and human rights, we need to make sure the rights of disabled people are included in the conversation. This entails making sure people with disabilities are helping lead those conversations.