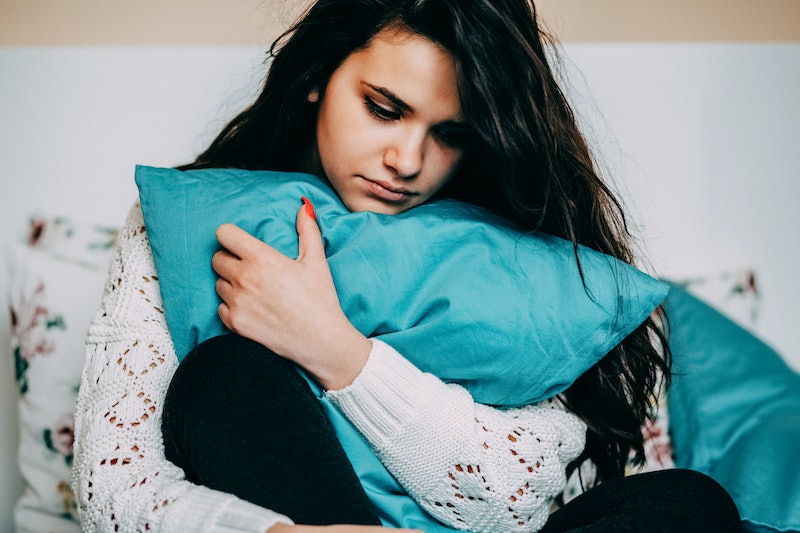 You know that gut-clenching, flailing feeling of seeing something so cute you want to squish its widdle face? There might be a word for that one day. For decades, emotions have been divided into six categories, but recent research out of the University of California, Berkeley, suggests that this simplifies things. Rather than six broad categories, there could be 27 distinct types of emotion, all of which are interconnected. Aesthetic appreciation is related to awe, which is related to admiration — you get the idea.

Over the years, plenty of researchers have tried to pin down a list of emotions everyone (well, almost everyone) is capable of feeling. Currently, the prevailing thought is that there are six basic states: anger, disgust, fear, happiness, sadness, and surprise. Developed by the psychologist Paul Ekman, this theory treats these feelings as unconnected islands — basically, building blocks that can be the foundation of more complex emotions. Anticipation, for example, could be broken down into fear and happiness.

But not everyone agrees with this idea. In a paper published in Proceedings of the National Academy of Sciences, researchers at UC Berkeley rounded up nearly 2,200 short videos meant to evoke a huge variety of emotions. In one clip, a baby plays with a bunch of puppies; in another, a dog staggers around with a broken leg. One video simply showed an awkward handshake. Researchers then recruited about 850 people, divided into three groups, to watch the clips and report their emotional state afterward.

The first group got to do a free response, recording in their own words how 30 clips made them feel. The second group ranked videos based on how strongly it made them feel 34 categories of specific emotions, from amusement to craving to disgust. Finally, in the third group, participants rated their emotions on several different scales, like excitement versus calmness.

Needless to say, this gave them plenty of data to work with. Researchers then tried to separate out distinct emotions, identifying and removing duplicates. After doing their science-y thing, they came up with 27 types of emotion. You can read the entire list over at Forbes, but the highlights include: awe, awkwardness, calmness, confusion, disgust, horror, nostalgia, sadness, sexual desire, sympathy, and triumph. (Anger, which most people would agree is a pretty basic emotion, is missing from the list.)

On top of identifying far more emotions overall, researchers also presented their categories differently than the "six basic emotions" theory. Each feeling may be distinct — otherwise, it wouldn't deserve its own category — but they're all connected to one another. In a press release, one professor explained that there are "there are smooth gradients of emotion between, say, awe and peacefulness, horror and sadness, and amusement and adoration."

To illustrate this, researchers put together a fascinating interactive map, placing the study's video clips near certain categories. It works out pretty much how you would imagine. The nostalgia section contains clips of old television shows and music videos, while the area close to awe shows videos of natural wonders and human innovation. (I prefer hanging out in the clips between adoration and amusement, where you can find clips of otters playing with rocks and kittens giving each other massages.)

"We don't get finite clusters of emotions in the map because everything is interconnected," said lead author Alan Cowen in a press release. "Emotional experiences are so much richer and more nuanced than previously thought."

So what are you supposed to do with this information as a layman? Honestly, not much. Print it out to help illustrate your feelings to your roommate who keeps leaving dishes in the sink? Explain the theory at parties to inspire that sweet spot between awe and adoration from your audience? Personally, I'll be playing around with that interactive map until I wind up in boredom's territory.

More like this
Sandra Oh Says Early ‘Grey’s Anatomy’ Fame Caused Her To Get “Very Sick”
By Brad Witter
What Is A “Softboy?” The TikTok Term & Aesthetic, Explained
By Courtney Young
Why Are TikTokers Slapping Each Other With Tortillas?
By Courtney Young
Coastal Granddaughter Is The Latest Summer Aesthetic Going Viral
By Emma Garza
Get Even More From Bustle — Sign Up For The Newsletter