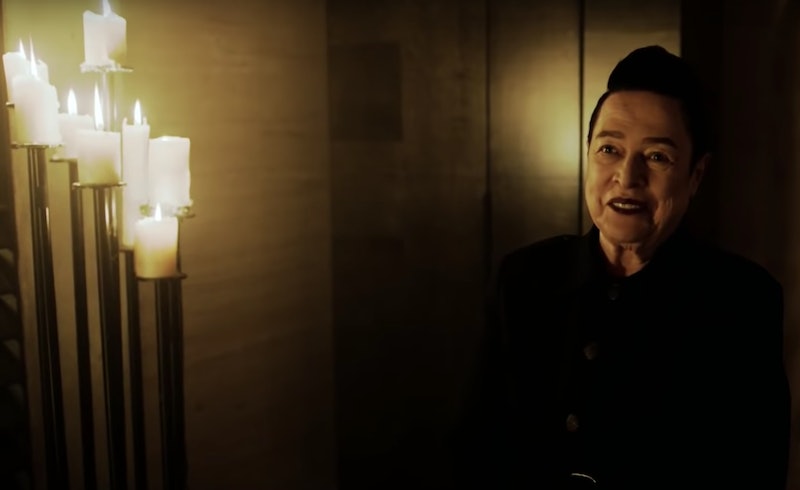 Some people welcome the month of September as the carrier of pumpkin spice lattes and sweater weather, but dedicated TV fans, for the past seven years at least, have anticipated this month for a very different reason: American Horror Story. Season 8 of the much-loved thriller will air on Sept. 12 at 10 p.m. ET on FX, and fans already know it's going to be historic, to say the least. A long awaited crossover between two of the franchise's most popular installments, Murder House and Coven, the Season 8 experience is only just beginning. But how many episodes is AHS: Apocalypse?

Update: On September 12, 2018, The Wrap confirmed that AHS: Apocalypse will have 10 episodes.

AHS creator Ryan Murphy is notoriously quiet when it comes to revealing new details about the show. It has all to do with making sure the production elicits the shock and horror-filled reactions it sets out to achieve. That being said, not many official pieces of information are available prior to the show's premiere, including the number of episodes fans will receive.

With the official count on lockdown, it has at least been confirmed, according to the Hollywood Reporter, that Jessica Lange will return to the AHS universe in Episode 6 of the new season, so fans can count on that much. That same episode will feature long-standing series star Sarah Paulson's directorial debut. Not to mention, Season 8 will have her swapping between characters once again — which she told the Hollywood Reporter she had to film in the same day. "I had played Billie Dean Howard and Sally in the same episode in Hotel, but we didn’t shoot that in the same day," she said. "So this is the first morning where I started as one character and ended the day on another one."

Previous seasons of AHS have been inconsistent in number of episodes, so it's hard to make an accurate prediction based on that. But it is clear that each of the past seasons have at least reached double digits in episode count, so that much of an eighth season seems guaranteed. The official IMDb profile for the show lists episode titles for the first four episodes, which are "The End," "Morning After," "Forbidden Fruit," and "Could it be... Satan?" but it displays empty placeholders for 11 episodes total. The published titles are an obvious allusion to the season's somewhat sacrilegious theme, bits of which are revealed in the season's trailers — frantic scenes of the world ending, the birth of a baby antichrist, and the slicing open of a mysterious pear-shaped fruit all appear in the promotional videos.

Not only will the upcoming season fulfill the chilling storyline crossover of every fan's dream, it will feature more familiar faces from seasons past than ever — much like an AHS family reunion. "To me, this season is going to be a little bit like an all-star special," Paulson told the Hollywood Reporter. "Like The Love Boat with all the favorite guest stars ever ... It’s almost like a greatest hits album or something."

And although the Season 8 slogan says the end is near, thankfully, that's not the case for AHS just yet.