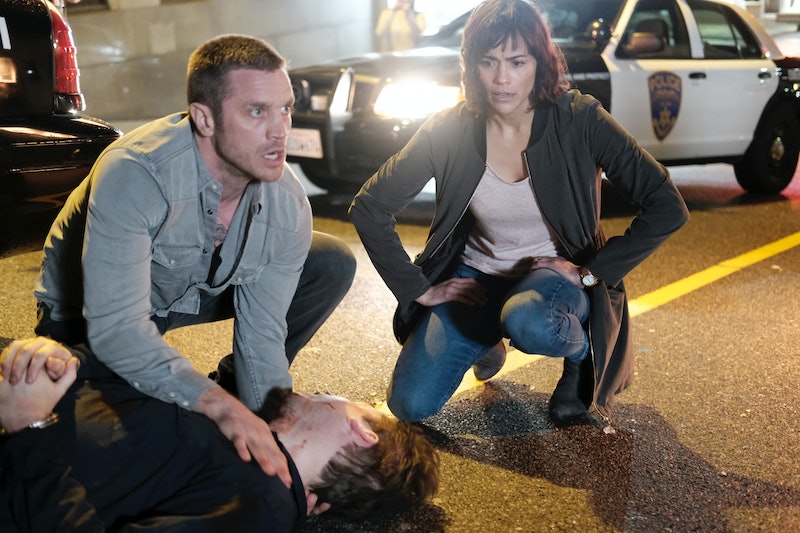 The Summer TV schedule is a perfect time for networks to experiment with what they air, and the upcoming series Somewhere Between is no exception to that rule. Based on a South Korean thriller, the series will tell the story of Laura Price (Paula Patton), a mother who knows without a shadow of her doubt that her daughter will be murdered and travels back in time to try to prevent it from happening. It sounds like a plot that would work for a miniseries, so how many episodes is Somewhere Between?

In December 2016, The Hollywood Reporter announced that Somewhere Between had been given a straight-to-series order at ABC for 10 episodes, which is surprising given that it will appear on broadcast television. Most shows on commercial over-the-air networks (Fox, ABC, NBC, The CW, etc.) which begin at the beginning of fall season run for 22 to 24 episodes; shows that begin in the spring or summer usually run for 13 episodes. That Somewhere Between is running for three episodes fewer than the usual network run seems to reflect the way that 10-episode seasons on cable networks like HBO, Showtime, Starz, FX have affected the television landscape.

As The Korea Times notes, Somewhere Between is also notable for being the first American TV show adapted from a South Korean show, the 2014 SBS series God’s Gift: 14 Days. Interestingly, God’s Gift apparently ran for 16 episodes, meaning that the American version will have have a little less time to wrap up its story in comparison. That could be a good thing if it means a more streamlined story, of course.

Somewhere Between is also intended to be a limited series, which makes sense; according to Entertainment Weekly, most Korean dramas (or K-dramas) only last for a single season. That means Somewhere Between writer Stephen Tolkin won’t have source material to pull from if the network decides to greenlight another season of the show. Although I don’t know how they’d do it. Paula Patton told ABC’s Chicago affiliate, "We thought of this as a 10-hour movie, because certainly, there's an ending.” Perhaps they could turn it into an anthology series and tell more stories about how the time travel in the show's universe functions?

Either way, watching Patton and co-star Devon Sawa track down a serial killer will certainly make for compelling TV, whether or not Somewhere Between lasts for years or ends with a bang after one season. I suppose there’s always the Korean version to track down next if you get hooked.