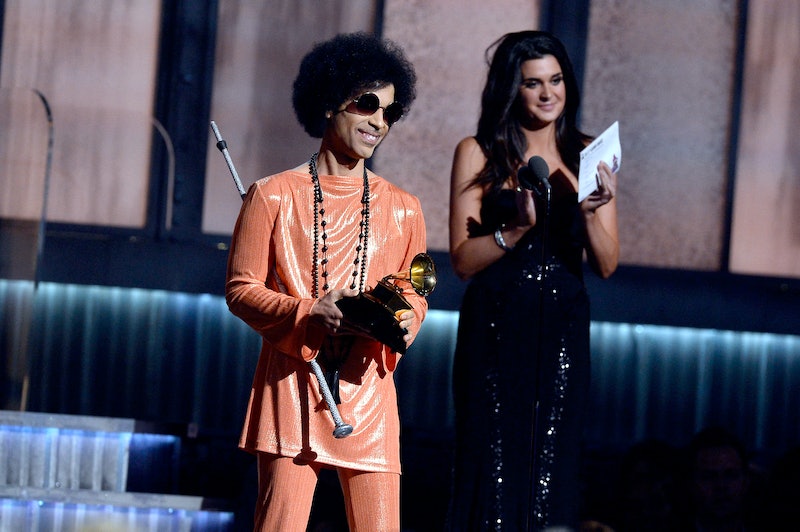 Like everyone else on the planet with a pair of functioning ears, I still miss the Purple One. Life minus Prince feels a little less exciting and a lot less sexy. So with the Grammys approaching, naturally my mind turned to Prince Rogers Nelson and one specific question: How many Grammys did Prince have? It feels as if no matter how many he won, they would never be enough. What other artist recorded two songs a day, and as such, has enough unreleased material to be able to keep on releasing a posthumous album once a year for the next 100 years?

But OK, let's cut to the good stuff. According to the award show's official site, Prince was nominated for 38 Grammy Awards over the years, counting his 2017 nom. Which is great, but also not, when you consider how many of those he actually won: a grand total of seven. That's seven Grammys for a career that spanned over a quarter of a century. He started winning Grammys in 1985, which was a lucky year for Prince, with him taking home not one but three trophies — two of which were for Purple Rain: one in the Best Rock Performance by a Duo or Group with Vocal category, and one for Best Album Of Original Score Written For A Motion Picture Or A Television Special.

But it still doesn't stop there — Prince is nominated at this year's Grammys for the Best Engineered Album, Non-Classical category for the final album of his life, HitNRun: Phase Two. So, cross your fingers on Sunday, Feb. 12 — if you love Prince and want his work to be celebrated, you'll want him to win one more Grammy.