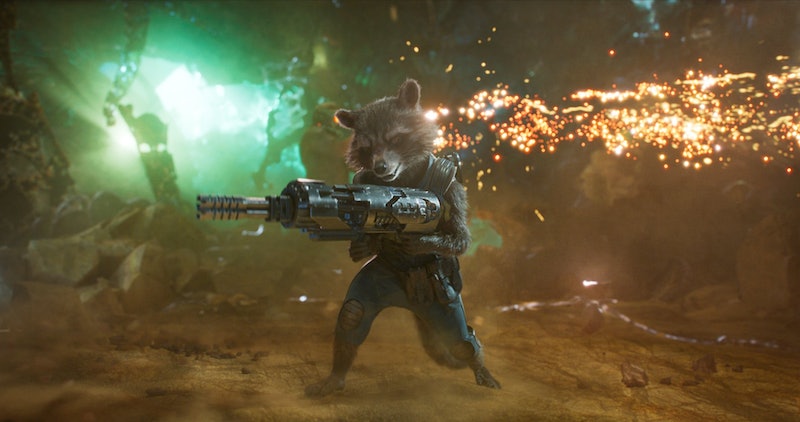 Any fan of Marvel movies knows one thing above all else: You can bet there's going to be a post-credits scene. The franchise, while it didn't invent the practice, has become more associated with scenes during and after the credits than any other film series. They're often used to tease the next installment in the MCU, or as a funny tag, or sometimes a combination of both with multiple scenes. So with the newest MCU film arriving, fans are wondering how many Guardians 2 post-credits scenes there are.

The original Guardians of the Galaxy had two post-credits scenes, but did so in a way that was unlike its MCU brethren. While other films utilizing two scenes, like The Avengers, have used one to tease a future film and another to act as a funny tag, Guardians opted to stick with the comedic feel it had established throughout the movie and used both of its scenes for comic purposes; eschewing the traditional tease of a future MCU movie. The first scene, played during the credits, was arguably the best scene in the entire film. It featured Baby Groot dancing to The Jackson 5's "I Want You Back," stopping only when a knife-shining Drax glanced in his direction. Then, after the credits finished, there was a scene in The Collector's destroyed workshop where Howard the Duck — the star of Marvel's infamous first movie — made an unexpected cameo. With Guardians 2, the series is changing up the format again, and doing something no Marvel movie has done before.

The new film features five, yes five, post-credits scenes. This is by far the most post-credits scenes of any Marvel movie to date, and maybe the most of any movie period. However, unlike the first film in the series, they won't be focused entirely on jokes. Without spoiling their exact content, I can say that three of the scenes are more joke-oriented, while the other two are more about teasing the future of the franchise — with one in particular having some major implications for the future of the MCU.

With its five post-credits scenes that mix jokes and future teases, Guardians of the Galaxy: Volume 2 ups the ante for what was already an impressive Marvel tradition, and the movie gives fans even more incentive to stick around the theater long after the movie "ends."