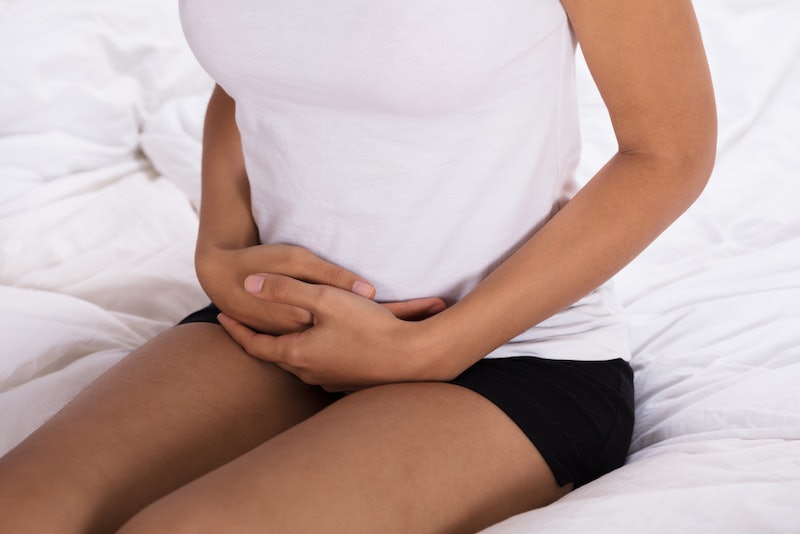 Every month, like clockwork, it seems like my uterus revolts against me as I’m gripped by painful symptoms like intense cramps and nausea. More often than not, the pain is so bad that I have to miss out on important things, like work or hanging out with friends. And new research from Western Sydney University shows that I’m not alone. The study, published in the Journal of Women’s Health, found that globally, 71% of young women have painful periods, and 20% of them missed classes because of that pain. A whopping 41% of young women said that their concentration or academic performance was negatively impacted. These results were consistent regardless of geographic location and economic status.

According to The American College of Obstetricians and Gynecologists, teenage girls are more likely to experience painful periods, and people often think you "grow out" of having painful periods. But the study showed that the results were also similar when comparing school-age young women and women in university.

In a press release, Postdoctoral Research Fellow at NICM Health Research Institute Dr. Mike Armour said that, “This lowered classroom efficiency during the period is something women often feel they must put up with, meaning that both adolescent girls and young women may be significantly disadvantaged in their studies by the impact of period pain.”

Dr. Armour went on to say that “This often occurs at a crucial time in their academic lives during their final schooling years when academic results can have long term consequences.” The participants also told researchers that their period pain led to the restriction of social, athletic, and other school activities.

This is a pervasive issue, one that many outspoken activists have decided to address. In a 2018 op-ed about the harmful effects of period poverty in Teen Vogue, actor Gina Rodriguez wrote that “Education is the most powerful tool many of us will ever have in this life, and no girl should have to miss school because of her period.”

This issue is also not limited to people in school. People with painful periods miss work often. A 2017 YouGov survey showed that 42% of working women have their job performance negatively affected by period pain, and 82% of them said their employers don’t make adequate accommodations for them. While some feel that offering paid leave and excused absences from class is the solution, others feel that it’s actually harmful to do that.

For me, I think paid leave for dysmenorrhea would actually be really helpful. But improving methods of pain management would ultimately be the most effective route. The Mayo Clinic says that doctors may offer over-the-counter pain relievers, hormonal birth control, or surgery to ease painful period symptoms. I’ve also tried heating pads, tea, and exercise. But almost nothing has worked that well.

Part of health and reproductive justice means acknowledging the ways that many people don’t have the same access to resources that would help them with their period. And that can be detrimental. According to the Independent, studies show that women without access to menstrual hygiene products are at a higher risk for depression and anxiety. It’s also important to note that many of these studies appear to only survey female-identified participants. But severe period pain can also contribute to feelings of gender dysphoria for trans men and non-binary folks. Further study about the effects of period pain on transgender people is needed to increase access to resources, like undergarments designed specifically for trans men or other gender-neutral period products.

The idea that people with uteruses should be cloistered away during their menstrual cycle is an outdated and sexist one. It’s important to use research, like this study from Western Sydney University, to urge medical professionals, educators, and employers to imagine new ways that everyone can access important opportunities. Because a period should never be limiting.