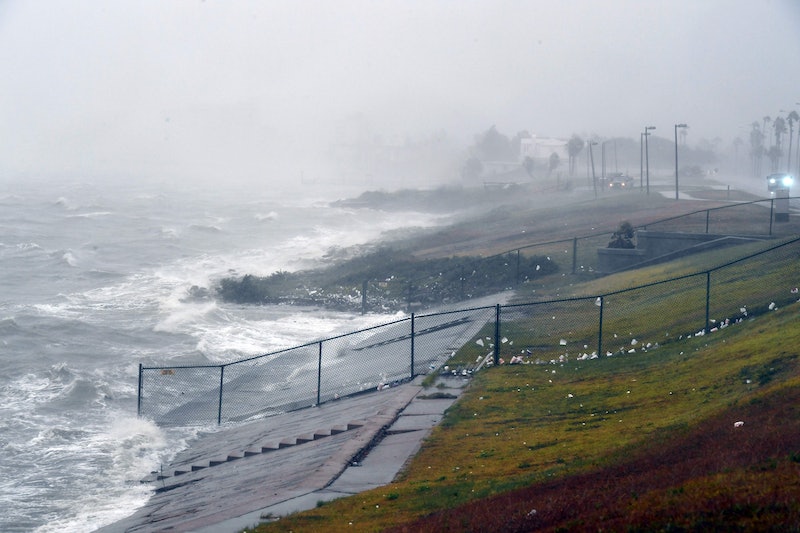 Hurricane Harvey made landfall late Friday night, sweeping Corpus Christi as a Category 4 hurricane. On Saturday morning, Americans woke up to news that the storm had weakened to a Category 1 hurricane, with maximum sustained winds of 90 miles per hour. But just how much damage can a Category 1 Hurricane Harvey cause?

Harvey's category downgrade was announced by the National Hurricane Center at 6 a.m. CT on Saturday. However, experts warned against breathing a sigh of relief just yet — in fact, they expect there to be huge storm surges of up to 12 feet, as well as days-long "catastrophic" flooding in the middle and upper parts of the Texas coast, according to USA Today.

Brock Long, the administrator of the Federal Emergency Management Agency (FEMA), tweeted on Saturday morning: "Citizens of TX, this is now turning into a deadly inland event. Thoughts and prayers are with you."

A Category 1 Hurricane Harvey is certainly less powerful than when it made landfall on Corpus Christi as a Category 4, but, being a hurricane, it's still a huge storm that could cause some damage. According to the National Hurricane Center, a Category 1 hurricane will produce "very dangerous winds" that can damage homes and living conditions:

Well-constructed frame homes could have damage to roof, shingles, vinyl siding and gutters. Large branches of trees will snap and shallowly rooted trees may be toppled. Extensive damage to power lines and poles likely will result in power outages that could last a few to several days.

Parts of Texas are expected to be flooded by several feet of rain. A flash flood warning was in effect for a handful of Texas towns and cities. The Electric Reliability Council of Texas (ERCOT) announced in the wee hours of Saturday that 211,000 customers along the Gulf Coast had already lost power, ABC News reported.

The full extent of people's injuries from Hurricane Harvey is yet unknown, nor is the structural damage to buildings. The hurricane is expected to raze through the area until it finally dies down on Wednesday, and could potentially cause widespread destruction to whole cities, as well as Texas' economy.

But Texans are still hunkering down, waiting for Hurricane Harvey to pass. FEMA administrator Brock Long told residents to obey directions from their local officials. "Know your threats, heed the warnings, and if you're in the path of the storm, ensure your family is prepared for possible prolonged disruptions to normal services," Long said in a statement.