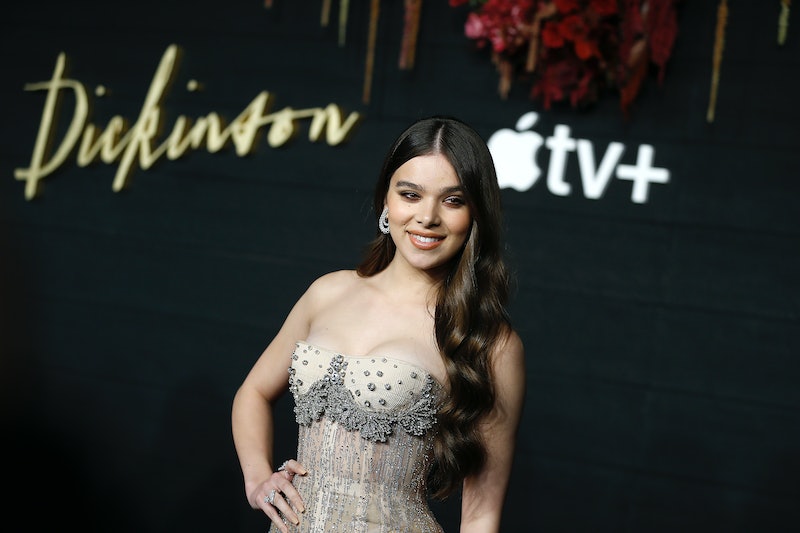 It can be hard to decide whether you want to pay for yet another streaming service — let alone another password to remember — but if you've been lured in by ads for that new Reese Witherspoon and Jennifer Aniston show or Jason Momoa as a blind warrior, then the cost of Apple TV+ is probably something you're thinking about. And it's also something that just might convince you to take the plunge.

The price of Apple TV+ is pretty low compared to some other major streaming services: It'll go for $4.99 per month, following a week-long free trial.

A year of the service is also included with the purchase of a new iPhone, Mac, iPad, iPod Touch, or Apple TV "from Apple or an Apple authorized reseller," at no additional charge. For this offer, the Apple TV+ subscription must be started within three months of setting up the new device. If the new device was purchased prior to November 1, but after September 10, users will have three months starting from November 1 to register for the free year of Apple TV+. (More details on that can be found here.)

Once users are signed up with Apple TV+, there are many ways to actually watch the shows and films. You can watch with Apple TV, on an Apple device that has the Apple TV app, with a Samsung smart TV, or by going to tv.apple.com in Safari, Chrome, or Firefox. Apple plans to have Apple TV+ be compatible with more smart TVs in the future and Apple TV app should be coming for Roku and Amazon's Firestick soon.

One of the most important things to note is that one Apple TV+ subscription can be accessed by up to six people as part of a "Family Sharing group." Using Apple TV+ with multiple people isn't as easy as everyone logging in with the same ID, though; Family Sharing must be set up. (More information about how to set up Family Sharing and everything it includes can be found here.)

The cost of Apple TV+ is lower than many popular streaming services. Hulu costs slightly more at $5.99/month for the basic service with ads; Hulu without ads is $11.99/month. (Apple TV+ is ad-free.) With Netflix, the Basic plan is $8.99/month and allows only one screen to access an account at a time; the Standard plan is $12.99/month, and allows streaming on two screens at once with HD available; the Premium plan is $15.99/month, and allows streaming on four screens at once with HD and Ultra HD available. HBO Now is $14.99/month. Amazon Prime Video is $8.99/month, if used separately from a Amazon Prime subscription.

It could be that the price of Apple TV+ will convince people to take the plunge, but, of course, the decision also comes down to what streaming subscribers want to watch. At this point — and as reported by CNET — it seems Apple TV+ will only include Apple's original content. This is unlike Netflix, for example, which includes a wide variety of series and films from various networks and production companies, and unlike Hulu, for example, which includes currently airing seasons of TV. This could be a turn off for anyone who isn't just super interested in seeing a modern take on Emily Dickinson.