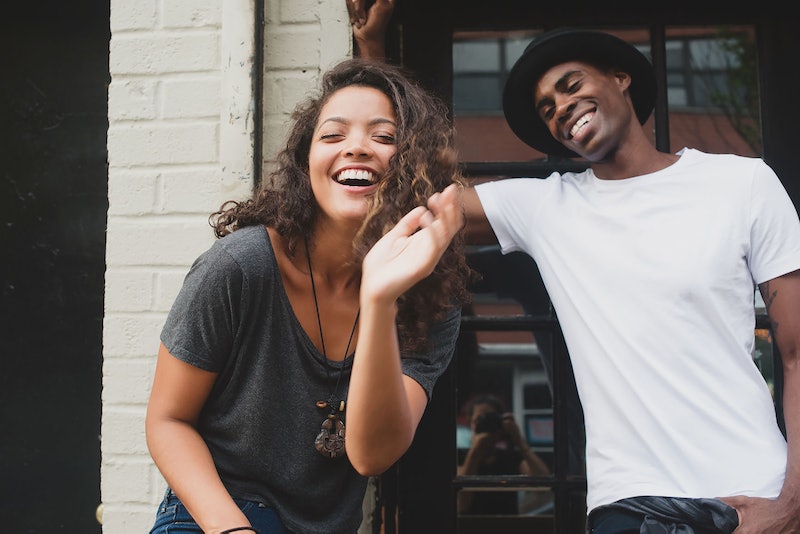 They say love is priceless, except for when it isn't. It would be nice if Cupid could foot the bill for all those Friday night dates because they do come with a price tag. Dating can be an expensive business, even before you've got to the bar and ordered a seriously overpriced cocktail. There is nothing like feeling your best self before meeting someone new, but pre-date preparations could be contributing a lot more to your dating expenses than you realise. So how much does dating really cost?

It’s always a good feeling to look in the mirror before you walk out the door for a date and think, “girl done good.” Your face is popping, your hair is on point, you’ve perfected the killer outfit formula which has never failed you before, and you're feeling seriously confident. Only, how much does this all cost? And I haven't even mentioned transportation there and back yet.

U.S. dating website WhatsYourPrice.com surveyed 7,712 of its female members to ask how much money they were prepared to spend preparing for a date. This included everything from a blow dry to an Uber to the bar. 62 percent of respondents said they would be willing to spend over $200 (around £150) to get ready for a big night which includes hair, makeup, perfume, a bag, nails, an outfit, and a taxi. While $200 seems like a massive amount, split between all of those things I think it would be quite easily done.

With so much time and money spent on getting ready for a big date some singles are taking matters into their own hands. Dating site WhatsYourPrice.com has thrown in a new trend to the dating scene, incentive dating. Described on their website as a way to "help members move past the frustrations of courtship and onto meeting in person" a member puts a price up for how much their time is worth and people can bid on their time.

CEO and founder of WhatsYourPrice.com, Brandon Wade says, “we live in a fast-paced world where time and money is everything. Incentive dating is becoming increasingly popular because women are realising there is an opportunity for return on the hundreds of dollars and countless hours they’re investing in dating every month.”

Another study by Match and the Centre of Economic Business Research found that on average Brits spend £1,304 a year on date related activities. This included everything from transport, food, drinks, and preparation.

It would appear that, whether they like it or not, singles are no stranger to parting with serious cash in order to have a good time on a date. With a report from the dating site Badoo.com stating millennials spend 10 hours a week swiping through dating apps it would appear people are taking dating pretty seriously. When you’re faced with costs like these no one can blame you for not going out for drinks with a match you're just not sure about. With the price of a date itself already being pretty hefty, there's no wonder people need that little extra security that the person sitting opposite them is worth their time and hard earned cash.

It would seem you’ll be footing a hefty bill and they probably won’t appreciate your Charlotte Tilbury Pillow Talk eye shadow anyway.