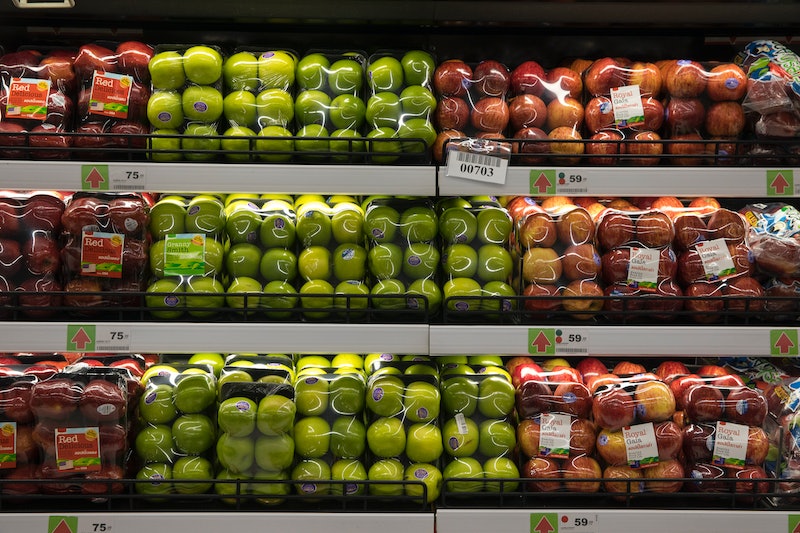 I clean out my fridge every two weeks — and usually toss a fair amount of stuff. I try to be conscious of my consumption, but I often forget about the leftovers in my kitchen. I like to think I do a good job when it comes to food waste, but the truth is, there's so much food is wasted in the U.S. A new study says Americans waste 150,000 tons of food daily, which is about a pound of food a day per person. Researchers from the U.S. Department of Agriculture analyzed years of government data about food to determine how much food we actually waste each day. The study was published in journal PLOS One.

Why does food waste matter? Not only are we wasting our money on stuff that's just going into the compost, but we're also harming the environment. The study says that irrigation and pesticides are wasted on food that ends up in the trash. Fruit and vegetables, dairy and meat make up nearly 70 percent of the food thrown away in the U.S., with fruit and vegetables leading the way. It's generally known that a produce or plant-based diet is better for the environment, but researchers say it's important to not waste the produce you're purchasing. "Consumers should increase their consumption of fruits and vegetables and simultaneously waste less of them," the study says.

Eating fresher foods doesn't mean you're off the hook, and you could be wasting more than someone who typically eats packaged foods. The researchers conclude that people need to be educated on how to properly store fruits and vegetables. Thankfully, you can be proactive about food waste — with Earth Day only a few days away, it's a perfect time to implement some changes to generate less waste and help the environment.