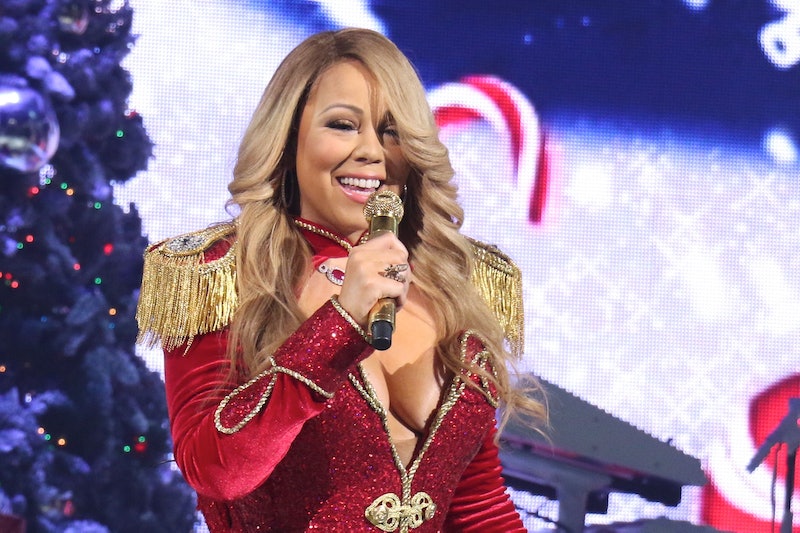 Every year the soundtrack to everyones Christmas is made up of the biggest festive hits from throughout the decades, and a select few seem to dominate our playlists time and time again. One unescapable festive track is of course "All I Want For Christmas Is You" by the legendary Mariah Carey, and her signature Christmas hit begins to rise up the charts whenever December rolls around. But how much does Mariah Carey make from the song each year?

I have reached out to Mariah's team for comment on the matter and currently waiting for a response. However, according to the Independent, it's pretty hard to know exactly how much artists earn from their popular Christmas releases. Apparently, this is because the Performing Right Society (PRS) doesn't reveal sales figures out of respect for their members' privacy. However, after some research carried out back in 2016, Channel Five managed to predict just how much some of the best-loved Christmas songs actually earn in the UK at Christmastime — and Mariah is most definitely raking it in.

According to the findings, Carey's festive smash earns the singer around £400,000 per Christmas, and is thought to be the third highest selling Christmas song in the UK each year.

Surprisingly, "All I Want For Christmas Is You" didn't reach the top of the charts upon its initial release back in 1994, when it peaked at number two. However, the popularity of the track increased year upon year, and the song is so popular in Japan that she reportedly performs the track there during July.

According to Channel Five's research, other festive favourites earning big bucks each year include "Fairytale of New York" by The Pogues and Kirsty MacColl, "White Christmas" by Bing Crosby and "Merry Xmas Everybody" by Slade, which are thought to earn a total of £400,000, £328,000 and a whopping £1 million, respectively. Speaking to the BBC, Noddy Holder, frontman of the band Slade, discussed the overwhelming success of his much loved Christmas release. He said: "It is definitely a pension plan, yes," and continued "It was never designed to be that way but it has taken on a life of its own, definitely. It’s been used for adverts, it’s been used in movies, it’s been used for all sorts of things."

This year, Carey's festive classic has already reached a new peak on the U.S. Billboard Charts, after reaching number seven — beating the song's previous peak of number nine on the same chart, reports the Official Charts. With Christmas still a couple of weeks away, some fans are hoping that the "We Belong Together" singer will manage to reach the U.S. top spot in 2018, and in turn achieve her nineteenth number one single on the Hot 100 chart.

Mariah is also hoping to find chart success here in the UK this December, and it looks as if she's well on her way after "All I Want For Christmas" has already reached number six on the Official Singles Chart. This achievement marks the twelfth year in a row the hit song has entered the UK charts, and the fifth time Carey's signature track has cracked the top ten. Let's hope she can reach that all important top spot this year, I couldn't think of a better way to celebrate Christmas.